Last Sunday, Viz Media accidentally leaked the latest revision of the Box Art for Naruto Shippuden: Ultimate Ninja Storm Revolution. The box art, however it revealed characters yet to be announced, and one of them being Unmasked Obito.

Obito can summmon the Juubi as well as perform a Team Jutsu with Madara.

Additionally along the five costumes, Naruto Shippuden: Sunny Side Battle, the Jump Super Anime Tour 2014 anime special will be included as well with pre-orders. 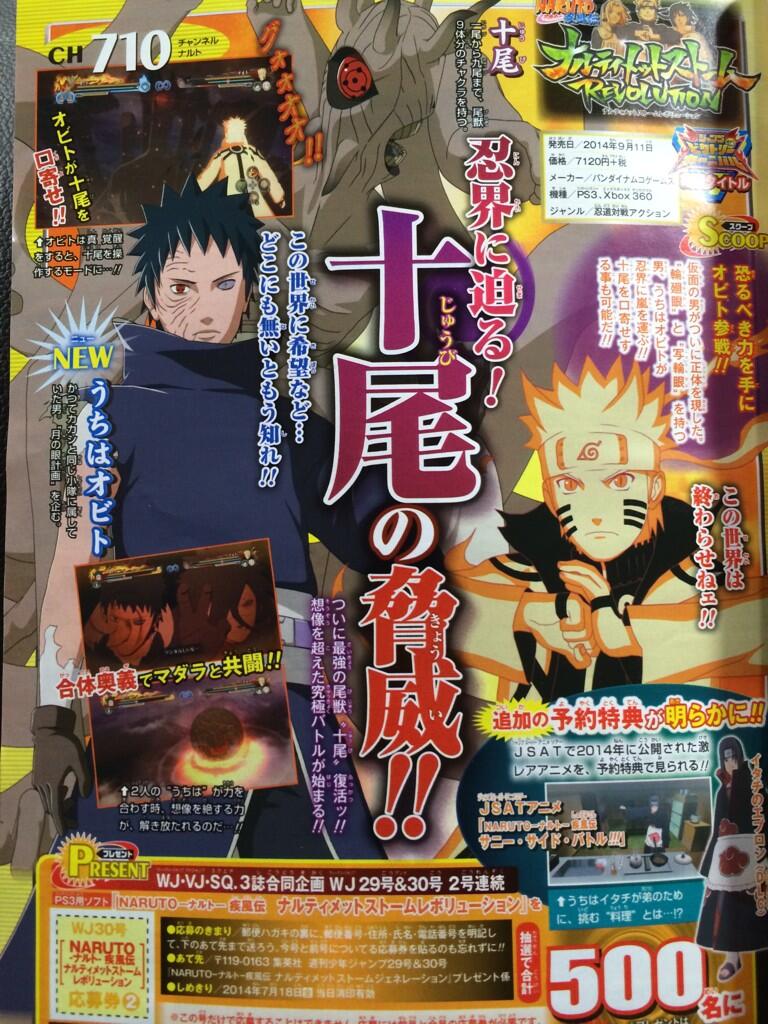 Naruto Shippuden: Ultimate Ninja Storm Revolution is scheduled to release September 11 in Japan, and Fall 2014 in the West for PlayStation 3 and Xbox 360.