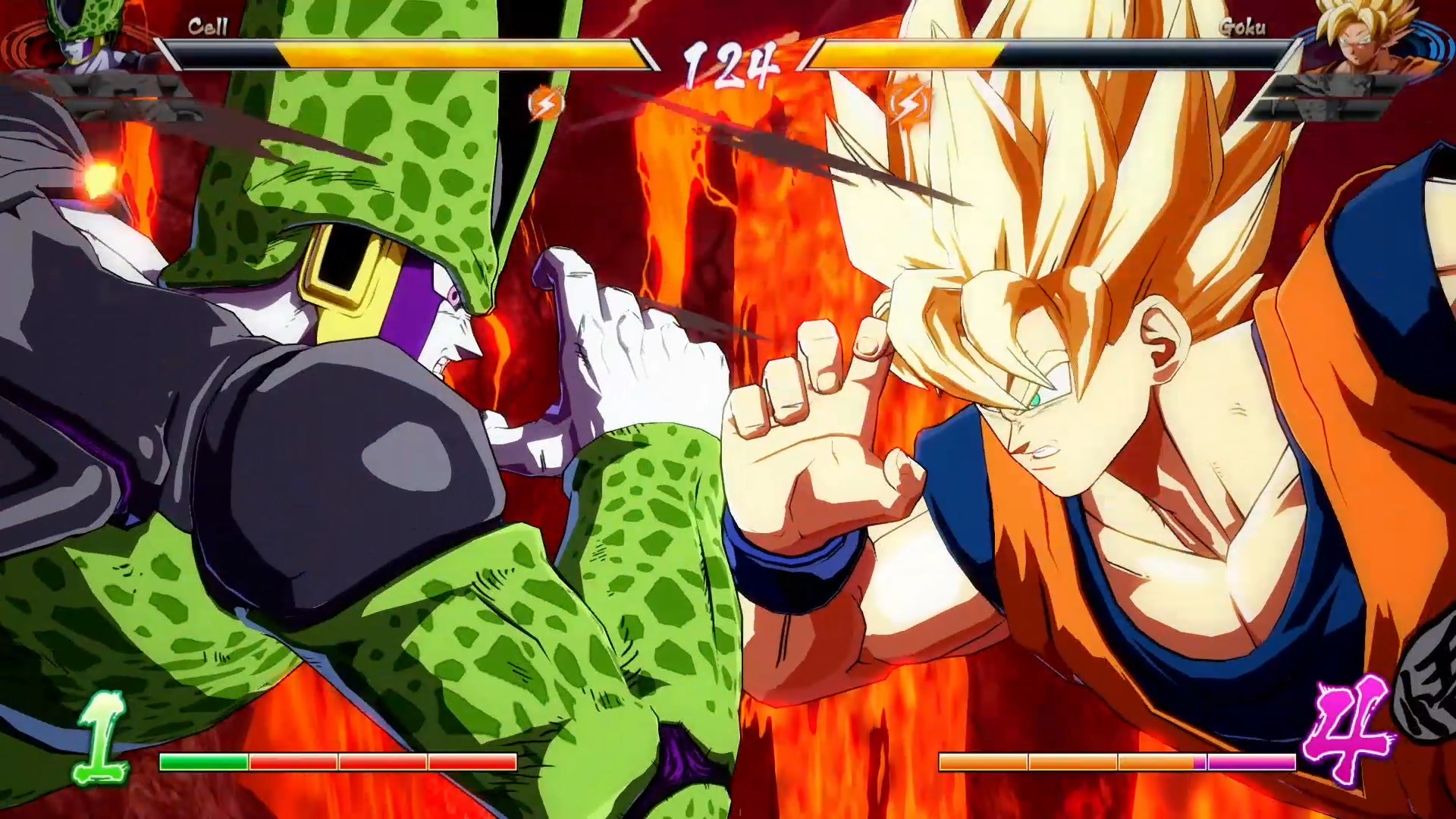 Famitsu’s official website published an interview with Dragon Ball FighterZ Producer Tomoko Hiroki and Arc System Works Director Junya Motomura and in it we found some interesting bits that we picked out from the two pages worth of questions.

In the translated interview below they talk about technical aspects of Dragon Ball FighterZ such as the camera work to more interesting things such as a confirmation of over 10 stages as well as special dialogue for certain teams you put together and opponents you battle (probably similar to J-Stars tag dialogue and Xenoverse with character intros).

Thanks to Darkdenizen for the translation which you can check out below!

Famitsu (F): It’s clear that this is a very important project to the two of you. How long has this game been in development?

Hiroki(H): In the past, we have worked with Arc System Works to develop Dragon Ball Z Extreme Butoden. As a 3DS title, we had a specific audience in mind when making Extreme Butoden but it put us in the mood to try a more fleshed out fighting game. When we approached Arc Sys with this idea, they were just as excited about moving forward with it.

F: By the way, was there a specific character you had in the early stages for testing?

Motomura (M): When dealing with Dragon Ball, you have to start with Goku, right? But as it turns out, the more we worked on the project, the more we found that we put a lot of time on getting him right. *Laughs* There is always a lot of pressure when developing on an existing IP. You get stuck trying to get things just right between the graphics and the game feel.

F: It is interesting that you went the 2.5D route with this game. Having 3D designed character models in a 2D world really brings to life the anime we all know and love. I was quite shocked with the result.

M: With 3D characters it is actually fairly difficult to have them look good at this angle. In order to improve visual fidelity, we designed the camera to move during certain special moves and really make the game shine. We tried our best to make the game look as good as possible while, again, being as close to the original work as we could manage.

H: We have worked on several 3D Dragon Ball games in the past, but lately we have steered away from a strictly anime-aesthetic. With Dragon Ball being such a well-known anime franchise, we wanted to infuse that anime feel into a brand new experience for our players.

F: If the camera moves too much during gameplay, as with the super moves, the game can come off as really showy but perhaps distracting as well. How did you decide on the animations for these situations?

M: Over at Arc Sys, we first start off with drawing it out and work-shopping what we want to produce. If the direction is approved, we move on to animation. When creating the initial concept art, we tried to keep the original work on our minds. If you think about it, the scale of Dragon Ball is quite large at times. We believe that fans share this sense of scale and worked towards incorporating that feeling in our art.

F: We see that you’ve made a few characters already. Check Acme Ad and Bashas Ad. Can we expect any bonuses or special qualities from picking specific teams?

F: So far you’ve only shown Namek and the Tenkaichi stage, right?

H: In terms of stages, we are planning to have over 10. We’ll show off more of them as we continue development.

F: I am definitely looking forward to hearing more about that. Lately, when you think about fighting games e-sports begins to enter the conversation. Have you thought of the e-sports appeal as you develop?

H: Of course it is something that we consider. But when you think of how wide spread the appeal of Dragon Ball is we also think of casual fighting game players too. Conversely, fighting games traditionally have a more limited appeal due to the high level of precision on input required. But fighting games are more than just inputs, there is a lot of game knowledge and mind games that add to the difficulty as well. It’s that latter appeal that we want to open up to a broader audience. With simple controls, the barrier of entry is greatly reduced and players can start with a deeper fighting game experience than they may be used to. This does not mean we are ignoring the core, e-sports oriented, audience. We are aiming for a newer type of game that bridges the gap.

Through that lens, we have made special inputs easier for new players. However, it is hard to get the feeling of getting better with something like one button specials. We are actively working on this aspect to get it right.