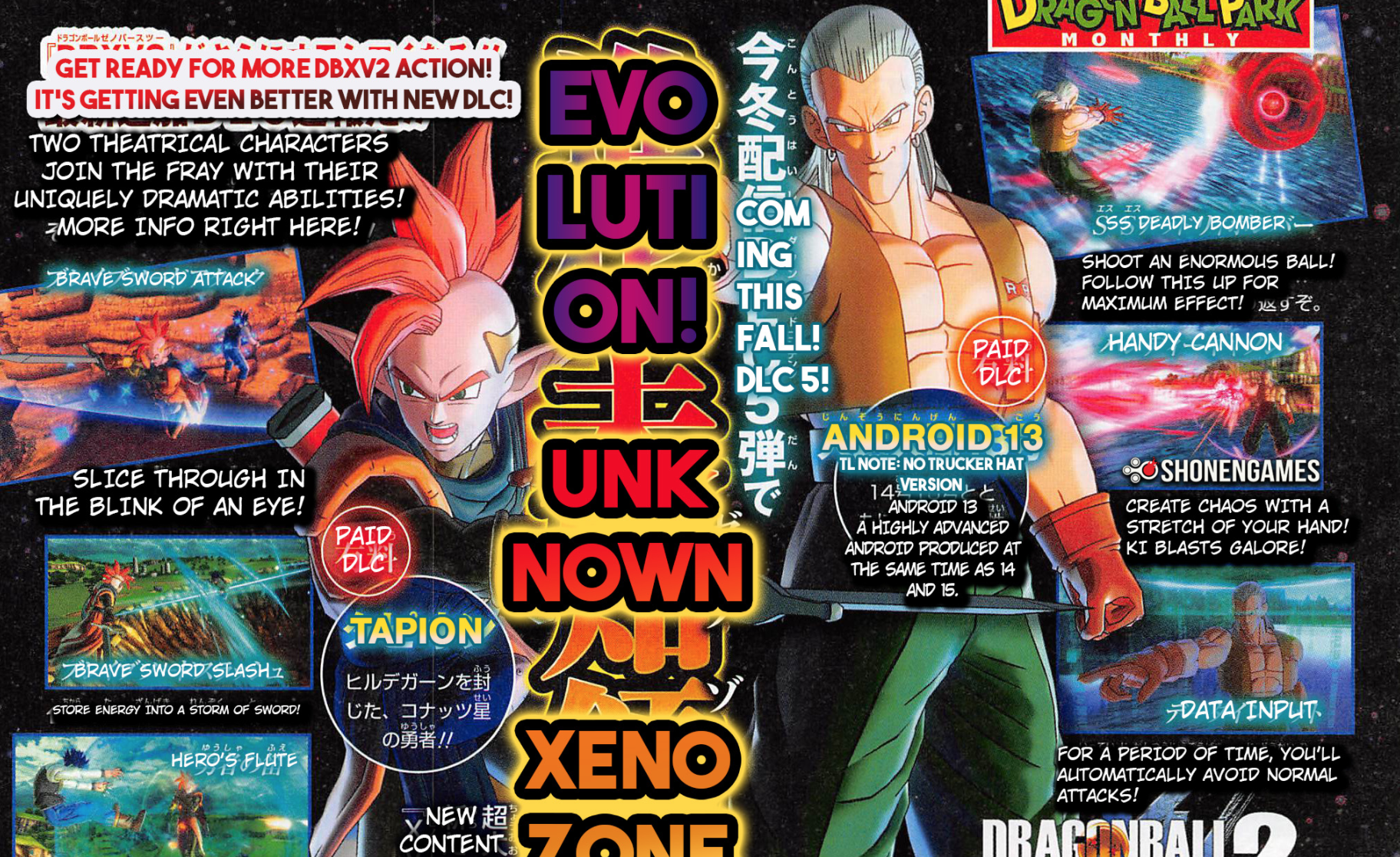 Dragon Ball Xenoverse 2 has been out for a long time, and even with Dragon Ball FighterZ on the horizon, XV2 still has DLC to offer!

The scan below details DLC pack 5, which will add Tapion and Android 13 to the game! Both serve as another pair of movie character representatives!

Additionally, new story content is teased, however it doesn’t look to be related to the Universal Survival Arc! Some tension is brewing between Universe 6 and 7, and the screens show us Beerus, Champa, and their angels together having some sort of conversation.

Lastly, the game will be adding a free mini game called Hero Colosseum! Hero Colosseum seems to be a Dragon Ball Heroes style mini-game involving figures of different characters. The figures look like Amiibo, so this new feature is probably thanks to Xenoverse 2’s release on the Nintendo Switch! Check Argos Catalogue and Aldi Offers. Check this out and everything else covered in the scan below!