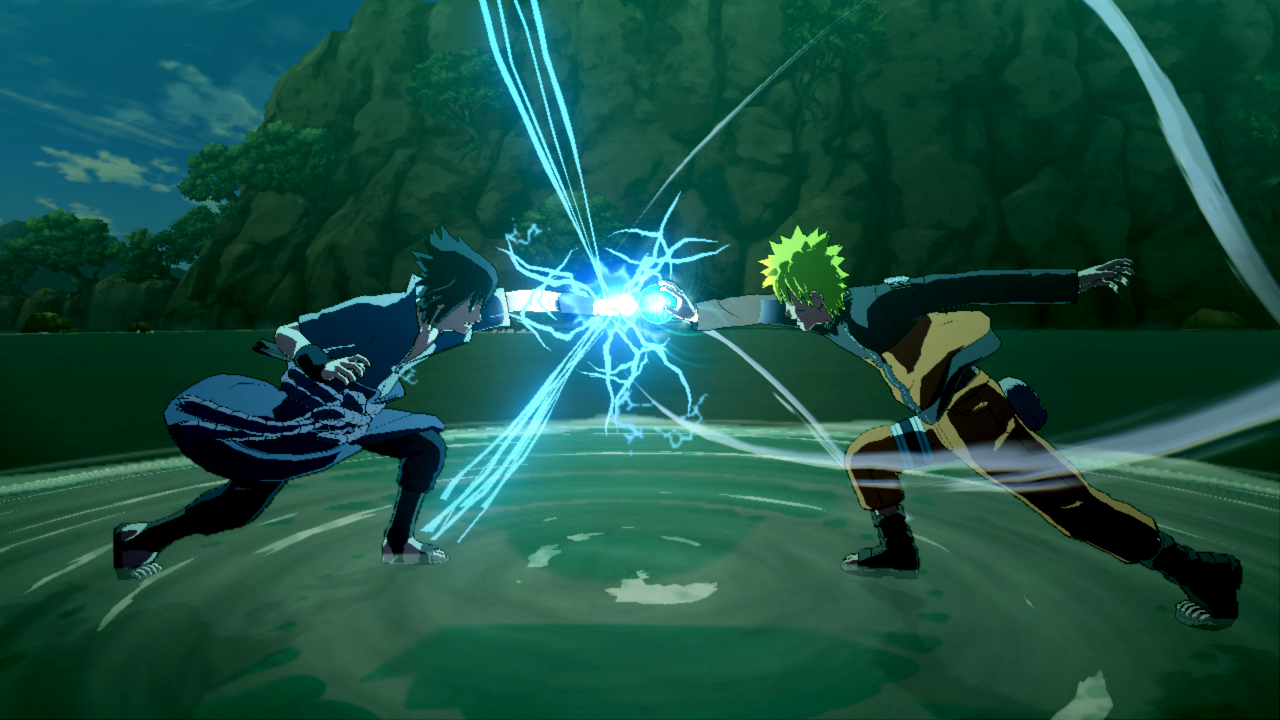 Namco Bandai has been pulling a lot of surprises lately especially with their recent localization of games. Not only that but also for the first time ever the Ultimate Ninja series is available for PC gamers! The PC version comes with everything the console versions of Storm 3 contained along with 38 additional costumes, Sage Kabuto as a new playable character, a story expansion that follows up to the current episode in the anime and 100 new missions. Now without further ado let us get into this review! Ultimate Adventure is where you go to play the story that follows up after Naruto Storm 2, beginning with a flashback before Naruto was born up to the battle between Sage Kabuto, Itachi and Sasuke. You mostly run around as Naruto, a young and highly energetic ninja of the Hidden Leaf Village going from point A to B in order to progress in the story. The story mode in the game is massive and is roughly 15 hours long (double that if you do all of the side missions). Cyber Connect 2 has done a pretty good job porting this game over to PC. When you max out the settings for this game you can clearly tell the difference between the PC and console versions which gives gamers who have already have a console copy a lot more reason to play the PC version. The customization page was really disappointing. We expected it to be much more deep than just adding Supersampling like in Super Street Fighter IV and many other console ports that reached the PC. Another gripe we had was that the PC version wasn’t 60 frames per second which is very odd for a PC fighter. The new Challenge Missions were a lot more fun than we thought. Each scroll contains 10 missions which each have their own objective to complete. Once you completed a set you’ll be rewarded with a wallpaper that you can apply to your desktop. There are a handful of missions that are actually pretty challenging as you go on. Completionists will be able to keep themselves busy especially if their objective is to get all of the mission stars. Online battle isn’t much fun on the PC. Most of the matches either lag or have random disconnections in the middle of battle. We’re hoping that Cyber Connect 2 will be able to fix these issues as soon as possible so that PC gamers can fight friends and other users online. Overall the game is worth buying on PC, even for those who may have the game on consoles already. The customization allows for a great graphics boost. Many issues which were present on the console versions have been fixed. The 100 New Missions are satistfying, and the new boss battle is also very fun and challenging to play! Overall the main issue with the game is the fact that online as it stands now, is nearly unplayable. The online experience on the consoles is amazing, so hopefully CC2 can come up with a patch quickly in order to get PC players online.

Overall the game is worth buying on PC, even for those who may have the game on consoles already. The customization allows for a great graphics boost. Many issues which were present on the console versions have been fixed. The 100 New Missions are satistfying, and the new boss battle is also very fun and challenging to play!