Famitsu has released new scans on the upcoming Tales Of Game, Tales of the World Reve Unita. These new scans show more information on the new characters as well as the confirmed characters from other Tales Of Games. It also shows more screens on the gameplay of the game. As it has been said before, Tales of the World Reve Unita will be an Strategy RPG game. 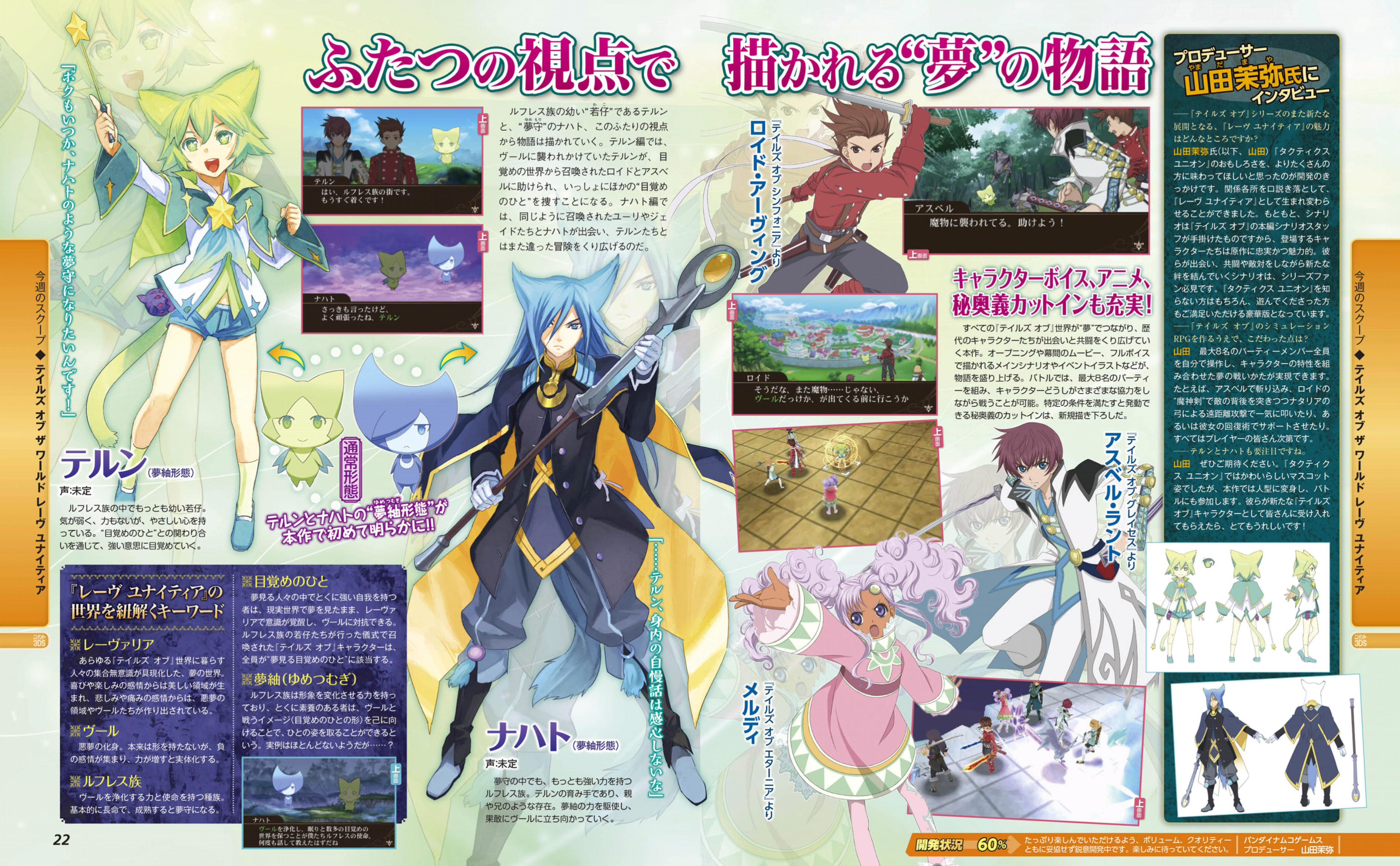