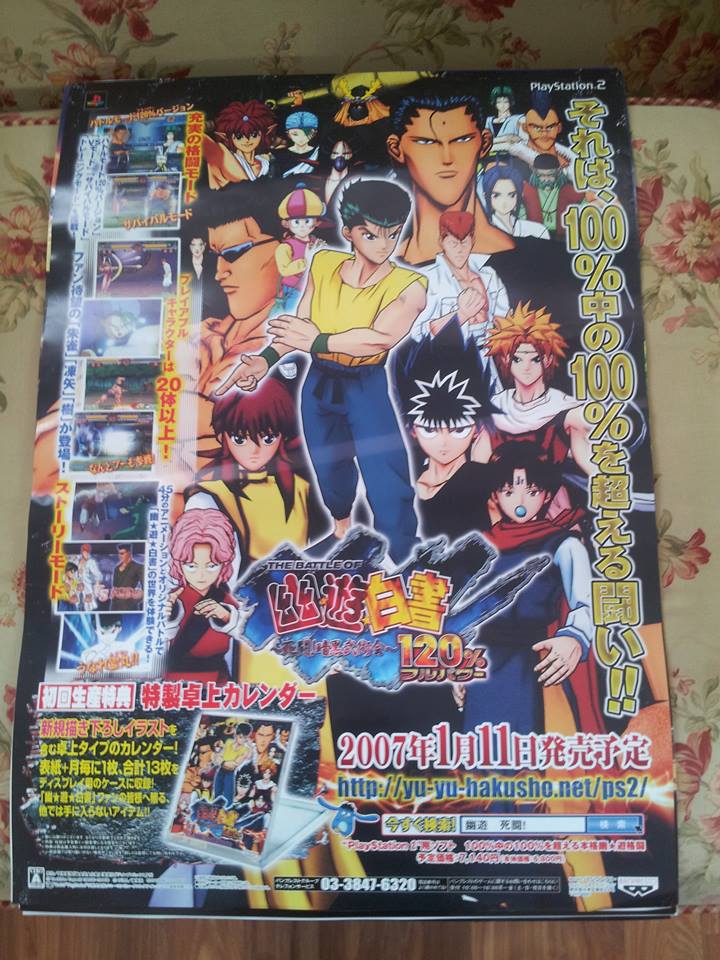 My Obsession With Japanese B2 Game Posters

Some people collect cards, others may collect dvd’s or figurines, but my recent hobby (and at this point probably a sickness) is collecting Japanese B2 size video game posters. This hobby began when I went to New York Comic Con for my very first time and while I was there, practically every booth gave you a free poster. Overtime my collection started growing from just the free posters offered to me when I would visit the Shonen Jump, Funimation and Viz Media booths. The Comic Con posters were nice and all but it wasn’t enough for me to start seriously collecting. So how did I turn a hobby into an obsession? Well, a couple months ago I was browsing Ebay looking for a Battle Stadium D.O.N. strategy guide book because I really appreciated the game when I first bought it eight years ago (wow I’m old). While I did find the book, my attention was quickly directed to the item under it which was a Battle Stadium D.O.N B2 poster from Japan (which I now own). After I bought my first B2 poster I began searching for more B2 posters that were video game related and my translator Jack was able to hook me up with a lot of them. After I bought that Battle Stadium D.O.N. poster for about $70 (worst mistake ever and you’ll see why) he told me that Japanese posters generally go from five to at most if it’s super rare maybe fifty dollars. So I did some digging and asked Jack if can hook me up with more posters to buy and since I saved so much money I ended up getting roughly a total of 250 posters over the course of three months. It’s a hobby that I’ve probably went overboard on by now. I don’t have any space to frame any more than ten of them let alone all 250 of them. As sad as it may be I really enjoy the art and the quality of these posters. If you like what you see then you can check out a couple more of my posters here and here.