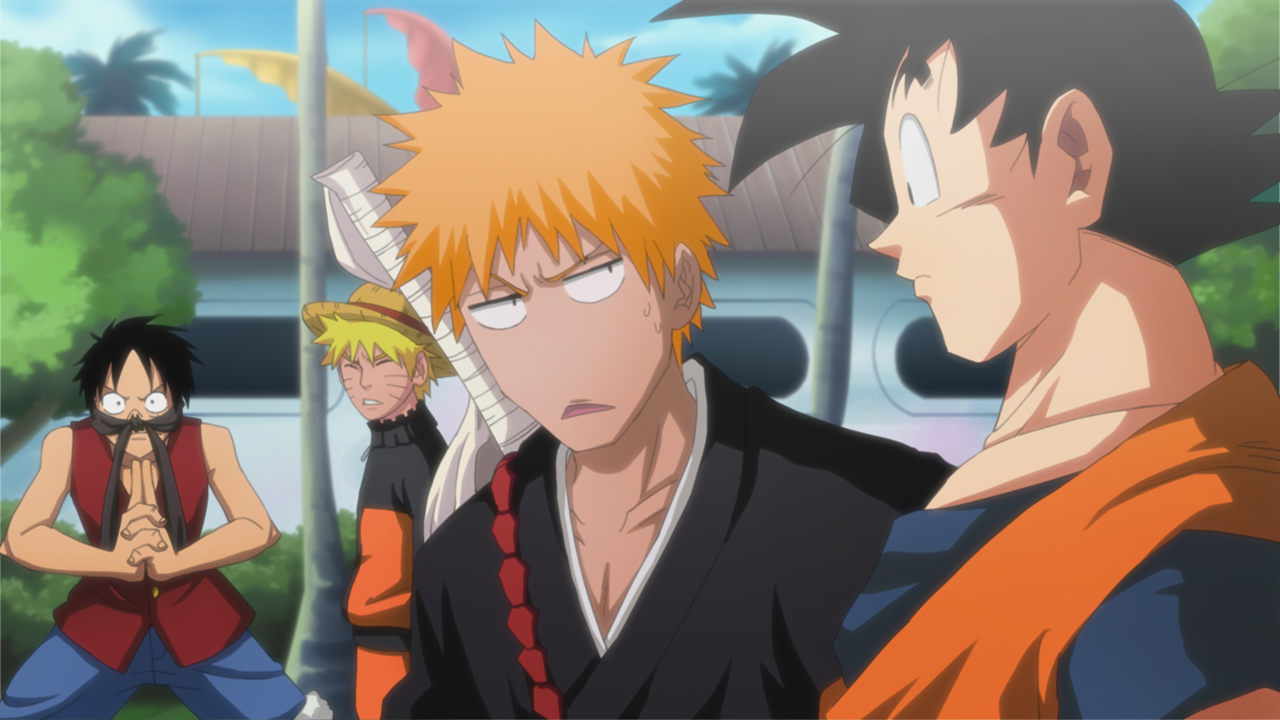 Three Months Later: What Did Japan Think About J-Stars Victory Vs.?

It’s been a little over three months since J-Stars Victory Vs. has released and we decided to look through the Amazon Japan reviews to get a general idea of what some fans may of thought about the game. Courtesy of Timothy Roy for the translations.

As we expected the reviews were mostly bad but there were a few positive reviews in the group. Lets look at some of the 1 Star Reviews first and work up from there.

Let me get right to it, where the hell is Kinnikuman, Yugioh, and Shaman King? This is unspeakable! I *might* be able to forgive no Shaman King, but with no Kinnikuman or Yugioh how the hell is this Jump Stars?!

I’ve been looking forward to this since last year, but I put way too much stock into this piece of crap. It’s like a game for children, the gameplay is too easy and it’s basically just a character game. The graphics look like ps2, there are players online who just disconnect, and you can just clear story mode by pressing the same button over and over.

I’ve already sold it back to a game store. It’s good for kids but for adults it really is just a pile of shit. But these are just my thoughts in the end so please don’t go crazy on me.* To each their own.

*lit. please do not object to my opinion.

Title: “Not quite a piece of crap”

Ok, so it’s not quite as bad as I thought it would be. Sure, you’re able to play with classic characters, but it’s like saying “I expected it to be a 2 out of 10, but it’s actually a 3.8”.  Sorry, but this is nothing you’re going to be losing sleep over. It just seems like Bandai Namco really hasn’t put a lot of effort into the game.  And it might not be the best idea to put this here, but within the gaming industry as a whole, Bandai Namco has been pretty terrible overall, so feel free to correct me on this next part but this really needs to be said: Aren’t games supposed to be more fun than this?

Specifically, it really feels like this medium revolving around fights and winning has all but disappeared altogether. I think I understand why it’s become that way, but in the end I’m thankful for a game that lets me think about my health and go to sleep when I need to.

Title: “Not quite a brawler, and squeaks by as a character game”

It’s a very simplistic fighter, there aren’t really any special combos and it seems more fit as a children’s game. As a character game you do get to play as various characters (my favorites being from Gintama and HunterxHunter), so in that way it’s decently fun. But as I said, it falls flat as a brawler and you’ll get tired of it pretty quickly. If you’ve played one character, you’ve played them all. And there aren’t even that many characters…

In the end, I wonder if it’s really even a game you should pay for, as I think you’ll just be done with it after 3 days of solid playtime. No matter how you look at it, this really is just a game for people who want to play as their favorite manga characters, and even if I am wrong, anyone who likes brawlers like Smash Bros or Street Fighter should really stay away from this one.

It’s as much of a party game as I thought it would be. The best part about the game is the next to no lag during online matches. Character balance is completely messed up though, so anyone looking for a really solid fighter are better off not buying it.

As the title says, this one’s pretty generally pretty dull.

It would be more playable if there were more varied techniques and a deeper combo system, yet it plays similarly to Gundam Vs. The title states it’s a game commemorating 45 years, but Weekly Shonen Jump used to be much more popular, so I think it would have been better off if it was developed as an arcade title with a home port. Within battling itself, the characters do have their own qualities, so there is some strategy involved. However, the final techniques are like the movie clips seen in character games, creating a poor rhythm to the combat. Before a free battle starts, you have to pick a song and you’re stuck choosing a support, so I wish there was a test play option, and this comes with other concerns of mine too.

I’m sure there are people who would consider this a great thing, but I could really do without supports. Really, the support characters should just tie in with the playable characters themselves (like Luffy having a joint attack with Zoro and Sanji, and comboing from there, for example). Otherwise, the game balancing is really pretty dull.

If there’s a sequel, while I don’t want it to be as simple as Gundam Vs., I would like it to be a little more approachable.

Title: “If your favorite character is here, it’s pretty fun”

The individual characters have their own personality, as well as their own strong and weak points, so it’s a lot of fun to find a character that really fits your style. While I can still only use Toriko right now, it seems that the techniques come straight from the manga. This is good!

– The game stays true to the original work

– There is a good selection of characters

– Combat is fun, with a combination of 3 different kinds of attacks (weak, strong, and special), and with setups like strong->weak->strong, or weak->strong->strong->special, there is a fair amount of choice in how you fight. This is bad!

-Moving through story mode is a hassle, and while you have a boat to move from island to island, but the boat is slow so it takes forever (though there is a battle only mode.)

– Using techniques in battle consumes stamina, but guarding, evading, and dashing does too, so running out in the middle of a combo will interrupt the combo, so its important to manage your stamina. It would be a bit more balanced with stamina recovered faster.

– You can include a custom soundtrack along with the regular one. However, you can’t change music according to the character, and can only change it to the map, so it would have been nice to be able to designate a song for each character.

And that’s all. I figure a later patch will adjust any balancing issues, and I expect it will be better after this.

I finished victory road, and finished story mode twice, so this is a review coming from 60 hours of play. The game showcases series young and old from Weekly Shonen Jump, so the more you know, the more fun the game is.

– dialogue between characters from different series

– most characters have their transformations straight from the manga

– each character has a wide variety of techniques

– can’t do anything after taking a big attack

There are a number of things that could be improved upon, but seeing manga come to life is really great, and I definitely think I got my money’s worth. I would definitely recommend this to all Jump fans. Looking forward to the next one!

There are a ton of characters to choose from, and it makes fighting a lot of fun. The characters are all really detailed and done really well. There are also a ton of quests, and will last a long time.

It gets everyone fired up and you hear tons of trash talk back and forth, so fans this sort of thing will be really happy with it.