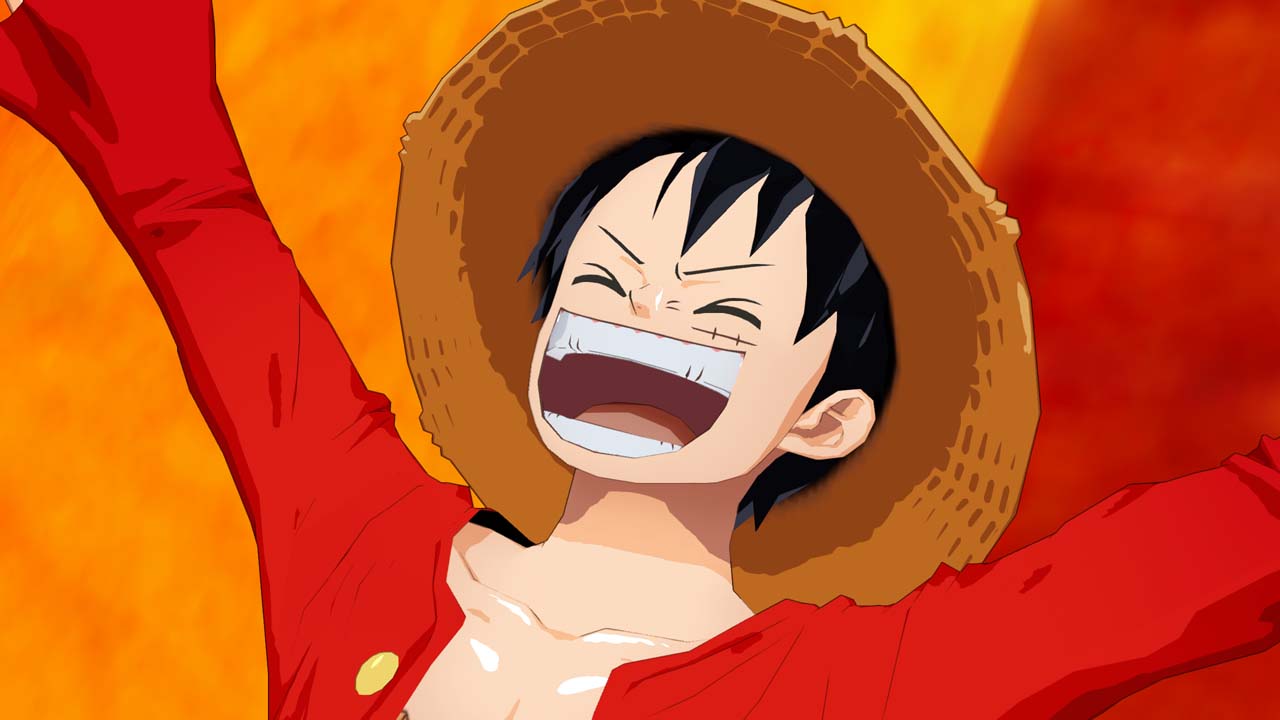 One Piece Unlimited World Red based on the popular series, One Piece by Eiichiro Oda. The game is the latest installment in the Unlimited series, the action packed RPG by Ganbarion and published by Bandai Namco.

The game revolves around an original story featuring a new antagonist  by the name of Patrick Redfield, or Red for short. Red is brutal and vicious man, since he beat through fleets of Marines and the Straw Hat Pirates without hesitating. He sports an umbrella that can turn into a polearm with a bat-shaped scythe on it. He also uses Pato in his pen form to create clones of various enemies from the Straw Hats’ journey to fight against them.

The adventure sets off with a beautiful start, with outstanding cel-shaded cutscenes that look like came straight from the One Piece with over-the-top fights keep the high expectations of the One Piece series.  You get to witness how powerful and vicious Red is within the opening scene, showing no mercy within the battle against the marines transitioning to the introduction of the Straw Hat Pirates.

Even as an original story, the game is packed with all your favorite characters and their signature attacks  as well as recreations of your favorite battles from the series. The Straw Hat Pirates’ adventure begins at a mysterious island where The Strawhat ends up being kidnapped. Luffy later discovers that the island has been recreated into places from his memories, where he encounters old foes from his adventure.

Minigames like bug catching and fishing return in this game, but with a different concept considering on the original Unlimited games it took advantage of the Wii’s motion controls. On Unlimited World Red, you must correctly press a series of buttons displayed on the screen.

The gameplay is also different in One Piece Unlimited World Red. While the previous titles were more open-world, allowing you to travel different places by taking paths within the main stationary island. In  One Piece Unlimited World Red, they took a similar approach to the Monster Hunter games where the main stationary is a town where you can do side-quests, talk to NPCs, item shops and has one path where you are prompted to which place you want to travel. Another difference is that unlike the previous titles where you use one character to battle, and switch between the nine Straw Hat Pirates.

In One Piece Unlimited World Red, over the 15 characters you can choose, you may only choose three characters into battle, and two of them will be played by the AI to aid you in battle. You can switch between characters and take over a character and the previous character will be controlled by the AI instead.

The controls consists of two attack buttons, one jumping button, and one dashing button, which is also used for dodging when prompted. There’s different combinations using the attack and jumping buttons to perform different attacks. In addition, each character has a set of ultimate attacks which can be performed after you filled your SP gauge through battle.

The camera control of this game works well if you locked on into the enemy but there will be times where you would manually want to change the camera angle. Depending on what version you play you will switch angels using two different buttons or a touch screen.

While the the previous Unlimited games offered a multiplayer mode, which let’s you chose among the Straw Hats and villains you beat in the main story mode. Battle Coliseum which includes four different modes. Duels pits you in a series of one vs. one battles every time you select the mode. The second mode is Scramble, which puts you and your select partner in horde battle with minions. Thirdly there’s Battle Royale which is a tag team battle you and your partner against two bosses or one boss with a company of minions. Lastly. there’s Battle Rush which you fight a series of bosses back to back.

Soundtrack is important in every video game and while this one doesn’t excel like the soundtrack from previous titles like the Pirate Warriors games, however it still represents One Piece pretty well. Additionally, while this game is available as a physical copy, the game only offers the original Japanese voice track with English subtitles. While most One Piece fans enjoy the original voice vast, the option of hearing the  FUNImation cast on this game would welcomed as well.

Over all One Piece Unlimited World Red is an great addition to the One Piece game collection, and a good follow up to the Unlimited series. While it exceeded it’s previous titles in the visual category by offering stellar cutscenes and graphics, in the other factors in falls short on recreating the experience that Unlimited Adventure and Unlimited Cruise brought fans.  The game is still a solid RPG, with a decent combat system and cooperative features. With the extensive amount of playable characters for an RPG ranging from the Straw Hat Pirates, Ace, Law, Hancock, Whitebeard and many more, including the historical fights from the One Piece series, it’s still a must have for One Piece fans.