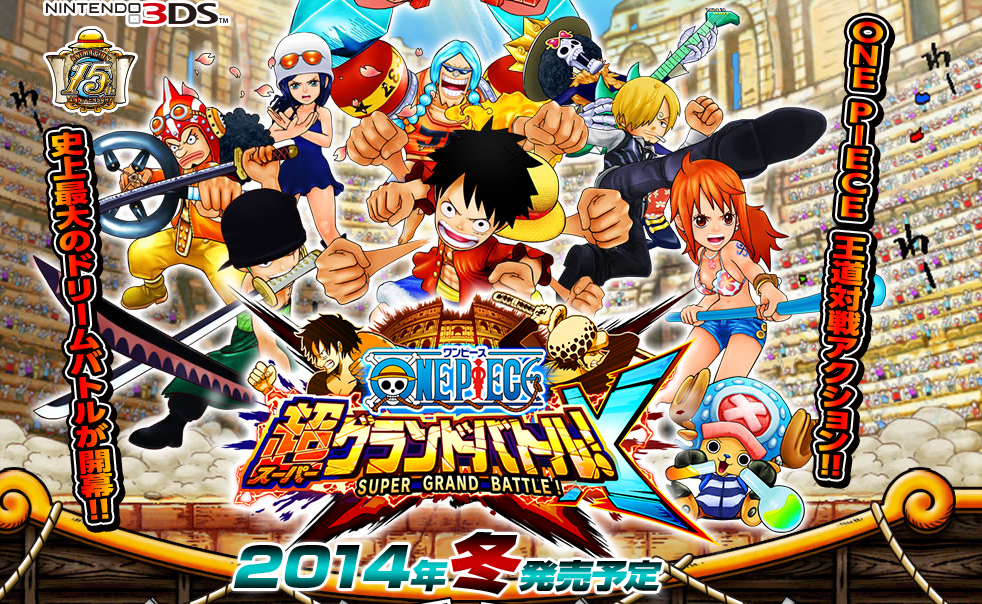 Our very own Griffin took his time to translate some of the content from One Piece Super Grand Battle X’s official website. While some of the information is already known, there’s also new information revealed. Those who pre-purchased the game will get a “Grand Battle” Resurrection memorial seal. a “Grand Battle” Resurrection memorial package, enjoy classics such as “We Are!”, “We Go!” and “Wake Up!” while in battle.

One Piece Super Grand Battle x comes for out for the Nintendo 3DS on November 13.