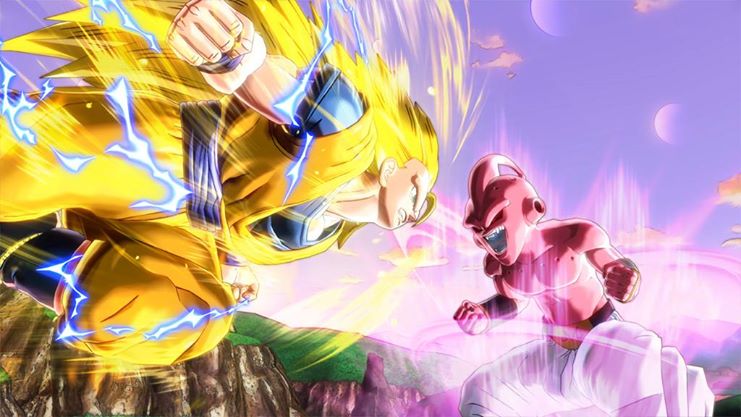 The latest issue of Weekly Shonen Jump magazine shows Goku in his Super Saiyan 3 form in action in Dragon Ball: Xenoverse, the latest game by Dimps coming to PlayStation 3, PlayStation 4, PC, Xbox One and Xbox 360. Just like previous Dragon Ball Z games, players can use their imagination and go crazy with their own combos after launching their opponent into the air.

Dragon Ball: Xenoverse is scheduled to come out on February 5th in Japan and on February 13 in Europe. A North American release date has yet to be revealed but the game will be available via Steam worldwide on February 17. Check out the scan below: