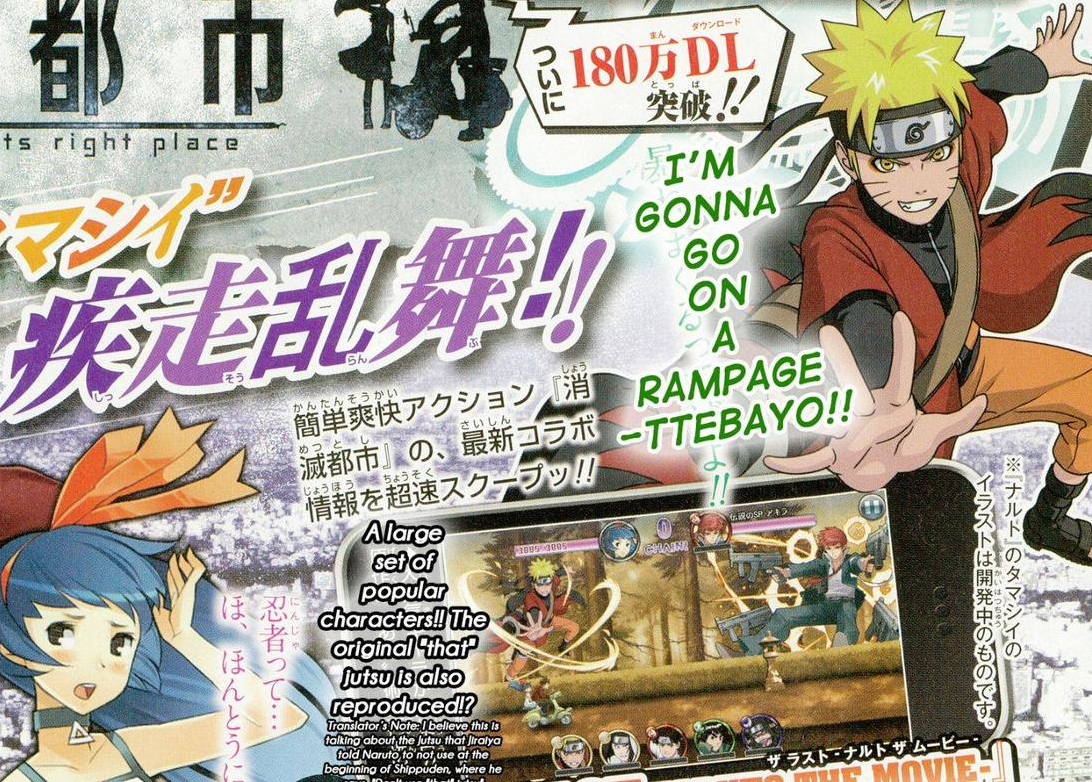 A Japan only Android game titled “Everything in its right place” is a RPG game created by “Wright Flyer Studio”. According to the scan, the game will feature various Naruto Shippuden characters as part of The Last Naruto Movie collaboration. Naruto will be able to use “that” jutsu in the game, which may most likely be a reference to what Jiraiya told Naruto long ago. The V-Jump issue comes with a bonus code that lets you unlock Kakashi Sensei’s Light Attributes before the collaboration event begins.