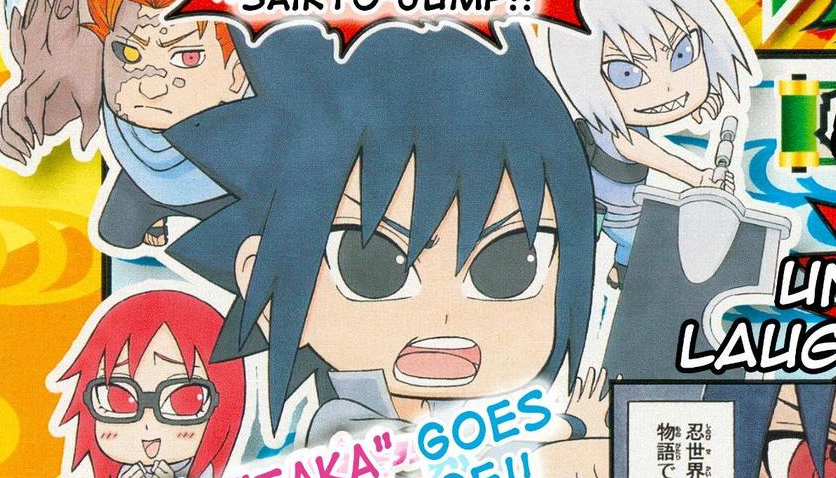 The latest issue of Weekly Shonen Jump reveals new information on  Sasuke’s spin-off series by Kenji Taira, who is known for creating Rock Lee no Seishun Full-Power Ninden (also known as Naruto SD) as well as being Masashi Kishimoto’s assistant. This new spin off series will revolve around Sasuke and Team Taka, and just like Naruto SD, the series will be full of gags.

You will be able to read Sasuke Uchiha no Sharingan Den when it releases in Saikyo Jump. Additionally, a poster revealing how much Naruto grew after the Great Ninja War is in the appendix of Saikyo Jump.