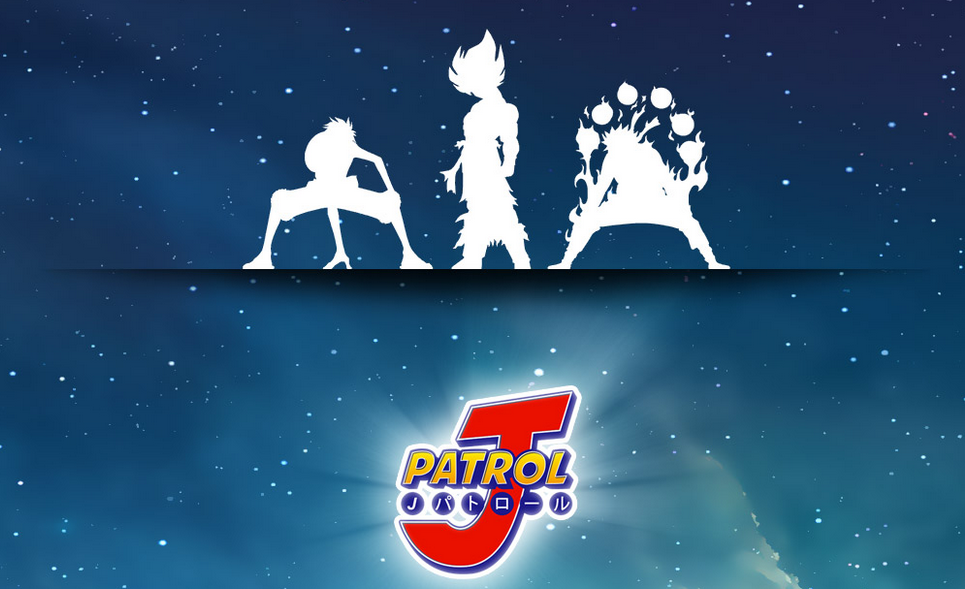 Could J-Patrol Somehow Be Related To J-Stars? (Update: It’s A Group That Will Be Covering Jump Festa)

Bandai Namco has been teasing this new announcement titled J-Patrol and with Jaco recently confirmed to be a downloadable character in Dragon Ball Xenoverse it was almost safe to assume he was getting his own spin-off game.

That was until the teaser website was revealed. The teaser page doesn’t show much other than the silhouettes of Luffy, Goku and Naruto. Maybe we’ll hear an announcement sometime during the Jump Festa event.

Months ago, we wrote on why J-Stars would be impossible to release outside of Japan. The reason for it is because of licensing issues here in America, but IF this is a game then only having One Piece, Dragon Ball Z and Naruto characters might be a little easier to bring over to the West.

Update: Confirmed to be revealed at Jump Festa

A project made by fans, for the fans, in order to cover the upcoming Jump Festa event!

By Fans For Fans To Cover The Jump Festa 15

At this point, it just looks like the Bandai Namco Staff (or a group affiliated with them) are going to Jump Festa ’15 to cover news. According to the latest change on their website, that’s what it seems to be.