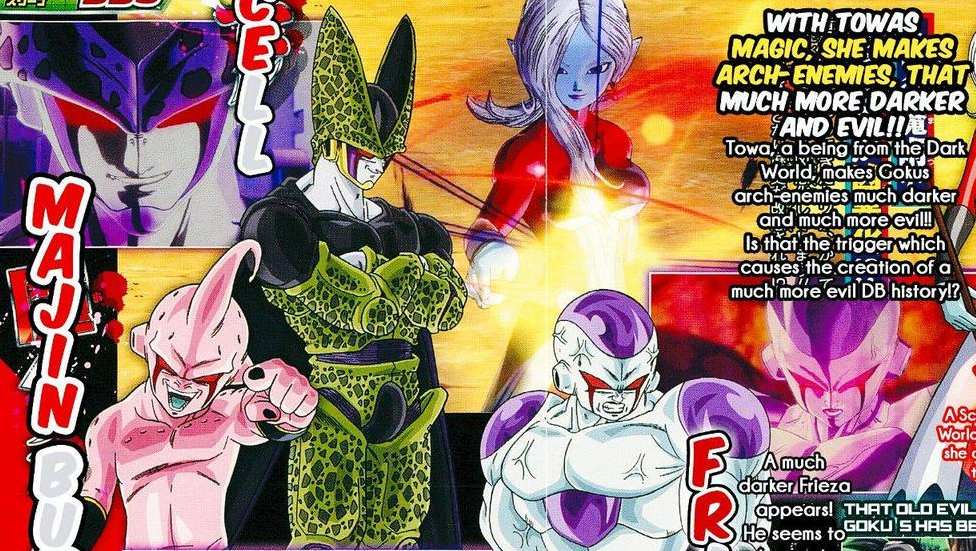 With just two months away until the release of Dragon Ball Xenoverse, the anticipation keeps increasing with every new information included in every new Weekly Shonen Jump or V-Jump magazine. The latest issue of V-Jump reveals more information on Towa and her purpose in the game. She is a being from the Dark World which made Goku’s arch-enemies much darker and more much evil.  Frieza, Cell and Kid Buu will be appearing in Xenoverse much stronger and much darker than ever.

Additionally, the scan also reveals that Super 17 and Goku in his Super Saiyan God form will be appearing in the game as well.  Check out the scan below:

Update: Yes this is the only scan in the magazine, we can’t access the special video until the magazine officially releases.