Sword Art Online is the third major title in the Sword Art Online series, as well as the first console to reach the PS3. being published by Bandai Namco Entertainment. It will be localized in english at some point in the spring of 2015 for the west.

Lost Song will include a completely original story which will primarily involve the exploration of “Svart Alfheim”, a new area of ALfheim Online comprised of a series of floating continents close to the World Tree. The game will skip past the Fairy Dance arc.

Having arrived at the new hub city, Kirito’s group encounters the «Shamrock» guild. Although led in practice by Sumeragi, this guild’s official leader and most conspicuous member is Seven, aka Professor Nanairo Sharvin, an MIT alumni conducting research on virtual societies forming within online networks. By encountering “Rainbow Arshavin” that are said to stand as the light in contrast to the darkness belying the world of ALfheim Online through the legacy of Kayaba Akihiko. Kirito’s next great adventure is put into motion.

This title is the first one on a home console, and will be taking advantage of the stronger hardware to improve on many key elements of the previous games. The graphics have been revamped for the in gamebattles, the world is much larger and the dungeons and open settings have more detail and life.

For the first time in a Sword Art title, you’ll be able to fly freely with your character and your party, and you’ll even be able to do battle in the air. Previous titles saw you only battling on the ground, however now you have the option to fight enemies no matter where they are. The game will have online multiplayer with up to 16 players in one lobby. 4 people can squad up and complete quests with varying rewards.

For those unaware of the concept of the Sword Art franchise, a group of teens and hundreds of others are trapped in a game where death online means death in real life. After the protagonist, Kirito saves the population by beating Sword Art Online, many of his friends move on to Alfheim Online, where the original world of SAO has been ported over.

Kirito has a burning passion for gaming, so he decides that he’ll complete every floor of the original Aincrad castle from SAO, and he chooses to explore the newly found Hollow Area from Sword Art Online: Hollow Fragment. It seems like this title will take place in an alternate universe, but still remains in one close enough to the original for things to make sense and line up with what players of the other titles might expect.

The main character of the game and anime is Kirito. He is known as the strongest swordsman in all of SAO, and the second strongest in ALO. He is the base character that people will play as, and the story will follow him as he unlocks the mysteries of the mysterious Shamrock group. 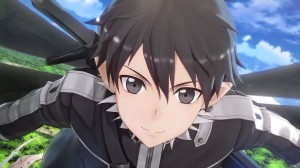 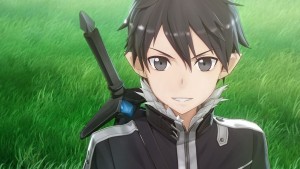 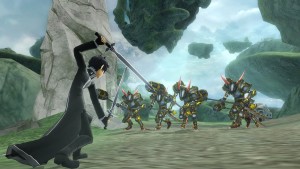 Asuna is Kirito’s girlfriend, and long time battle companion. The two met early on in SAO, and formed a bond that has lasted from game to game. Asuna is probably ranked in the top three characters as far as ability goes in both Sword Art and Alfheim. She is a member of Kirito’s party and she perform magic and do battle with her sword.

Leafa is Kirito’s sister (Well she isn’t, but for the sake of not going into their complicated relationship, she is) and is a member of his party. They met online for the first time (apart from living together since they were children) in Alfheim Online, without knowing each other’s identity. Leafa soon fell in love with Kirito, and soon realized who he was. At this time, she has accepted the limitations of their friendship, and fights alongside him and his friends using spells and providing support. 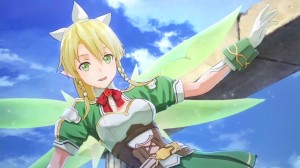 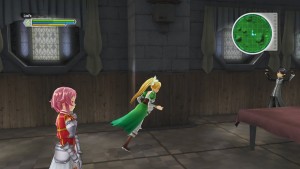 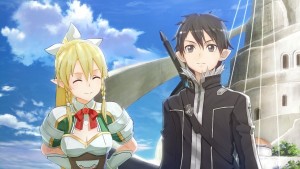 Sinon is the only main character in the game to come from the VRMMOFPS: Gun Gale Online. In GGO she was a top class sniper, and in Alfheim she sticks to what she knows. Her feats are incredible, as she can shoot an arrow at more than triple her bow’s range with ridiculous precision. She join’s Kirito’s party after befriending him in GGO. 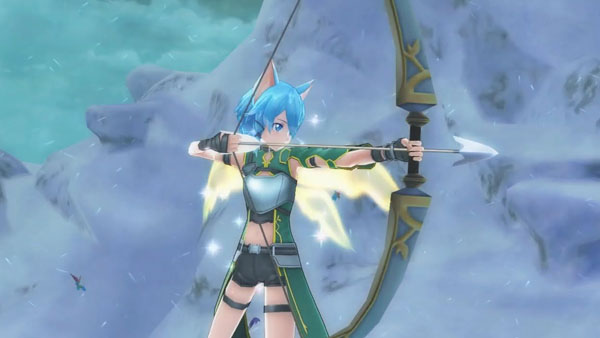 Klein is Kirito’s first friend in Sword Art Online. He was the first player that Kirito met and interacted with in that world, and has been a strong support for him and his friends. Klein lives by the code of the samurai, and is quite loud and obnoxious. He has little skill in magic, and seems to like imbuing his sword with fire. 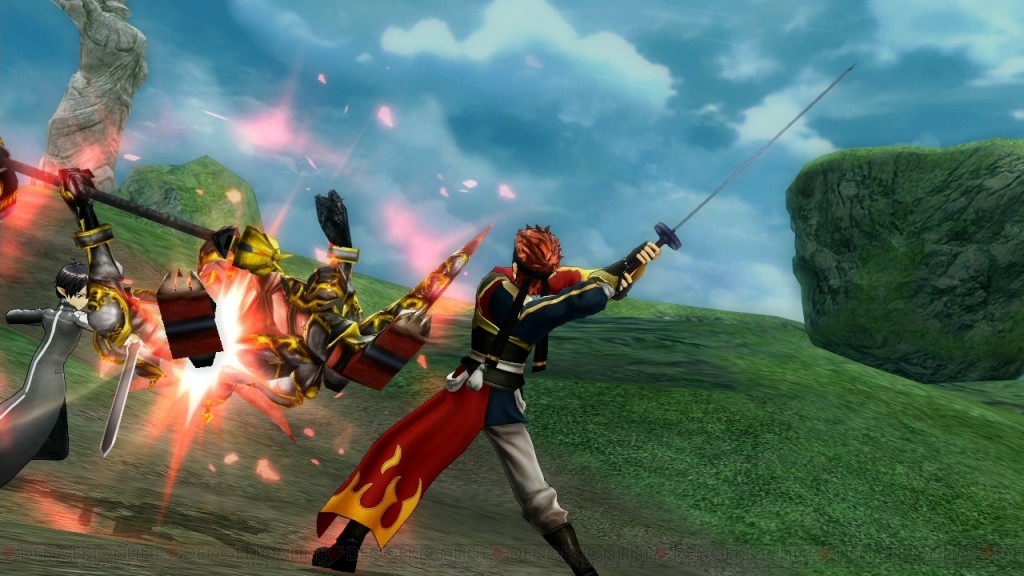 Silica is one of Kirito’s younger friends from the original SAO. After helping rescue her pet dragon her and Kirito quickly become friends. Even with her small voice and slightly timid personality, she attacks enemies head on and provides great support for the team. 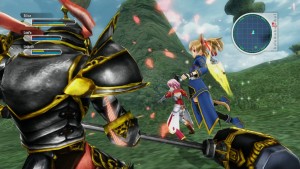 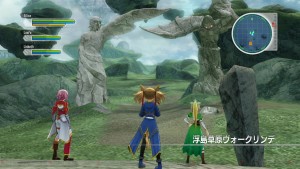 Lisbeth is blacksmith that befriends Kirito in the original SAO. She makes some of his best weapons early on, and shares friendships with Asuna and others. She uses a mace to do battle, and it is unknown what her level of magical ability is. 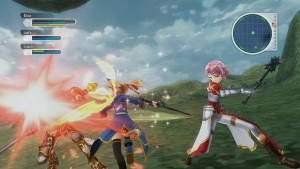 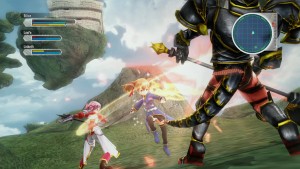 Philia is a mysterious character from Sword Art Online: Hollow Fragment. After being caught up with a guild of murderers called the Laughing Coffins, she needs Kirito’s help to get out of a jam. Being the hero that he is, Kirito helps her and frees her from the hands of the player killing guild, and she joins him in Alfheim online. 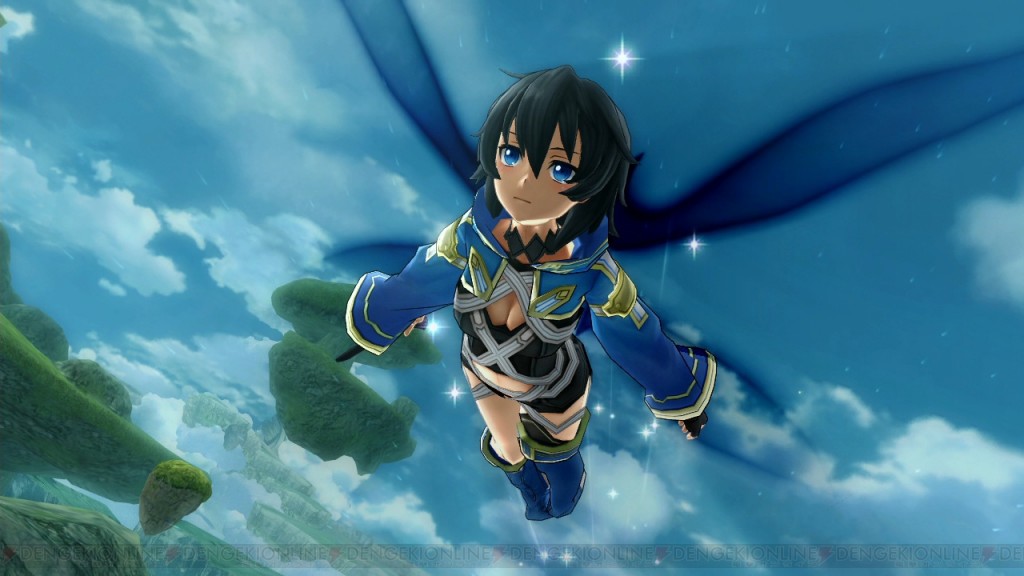 Shamrock is a group of players in Lost Song who seem to be the main antagonists of the game, as Kirito and his party will have to clash with them from time to time.

Sumeragi is a member of Shamrock and is one of the enemies that players will likely face in the game. He battles with a sword and he is very strong, as he is shown in the trailers to go one on one with Kirito, which is a feat in and of itself. Not much is known about his motives. 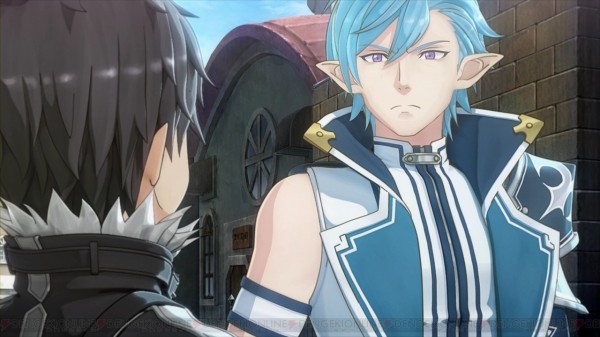 Seven is the real leader of Shamrock, and hires Sumeragi to protect her with his demonic blade. Her ingame look apparently matches her real life appearance very closely, and she is regarded by most as a genius. Her skill in science is comparable to Akihiko Kayaba, the creator of Sword Art Online, and the first person to upload his consciousness to the internet. Her motive seems to be to create peace in the online world, however for what reason (as the game itself is just a friendly action mmorpg) has yet to be revealed.

Rein is a mysterious character who follows the party around. She appears to be a member of Shamrock (as her character is based on a Leprechaun) and not much is known about her.

The game also includes other characters that will be useable in the party, and may have a slight significance when it comes to the story. Their presence in the game is unclear, but they are all listed below: 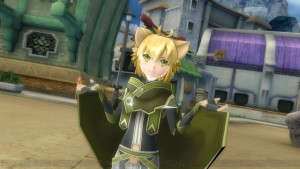 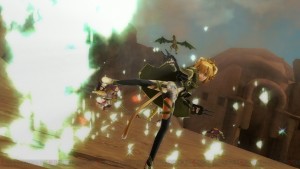 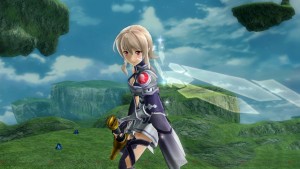 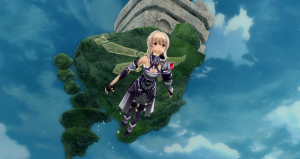