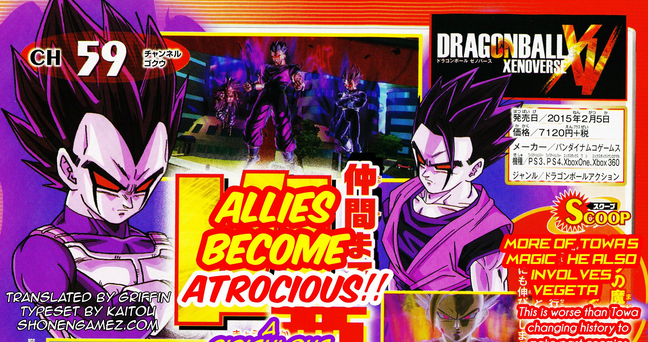 The evil magic doesn’t only affect the villains as we have seen in previous Dragon Ball: Xenoverse scans, but the heroes as well! It also seems as though Towa isn’t the only one that has the power to make people “atrocious”.

The scan hints a mysterious man who is behind all of it. He will most likely be revealed in the upcoming V-Jump magazine. Also note that the Japanese release date for Dragon Ball: Xenoverse hasn’t changed and will still launch on February 5th.

You can pre-order the Japanese version of Dragon Ball: Xenoverse here.