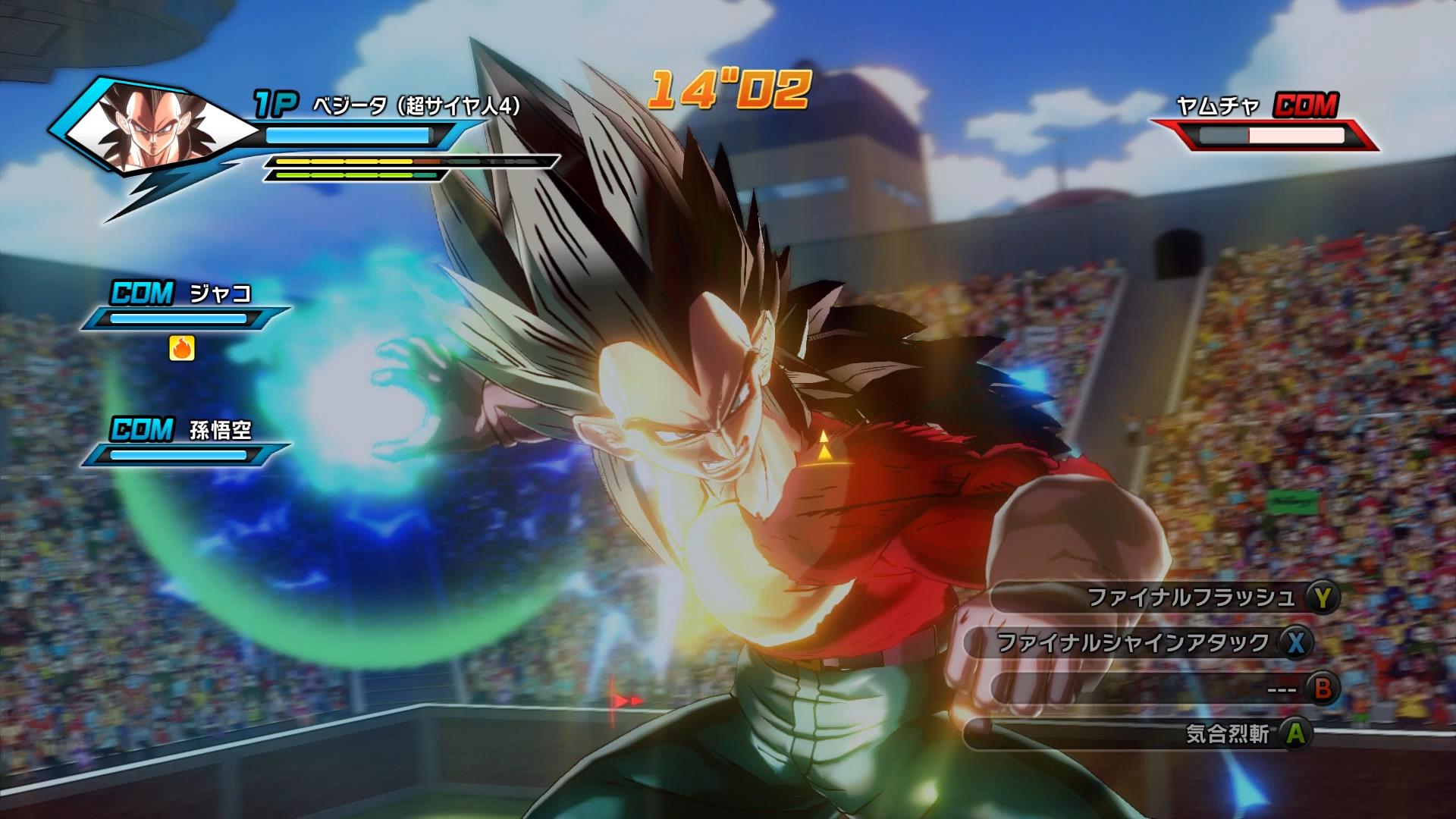 The Japanese release of Dragon Ball: Xenoverse has released today in stores as well as digitally on the Japanese PSN and XBL.

Super Saiyan 4 Vegeta can be unlocked if players purchase the guidebook. His ultimate attacks are Big Bang Attack, Final Flash and Final Shine Attack. Keep an eye out for more updates coming shortly.

Pre-orders for Dragon Ball Xenoverse are now available on Play-Asia.com. Additionally, you may pre-order the Asian PS3 version as well. Additionally you can get digital version by buying PSN Points Cards as well.