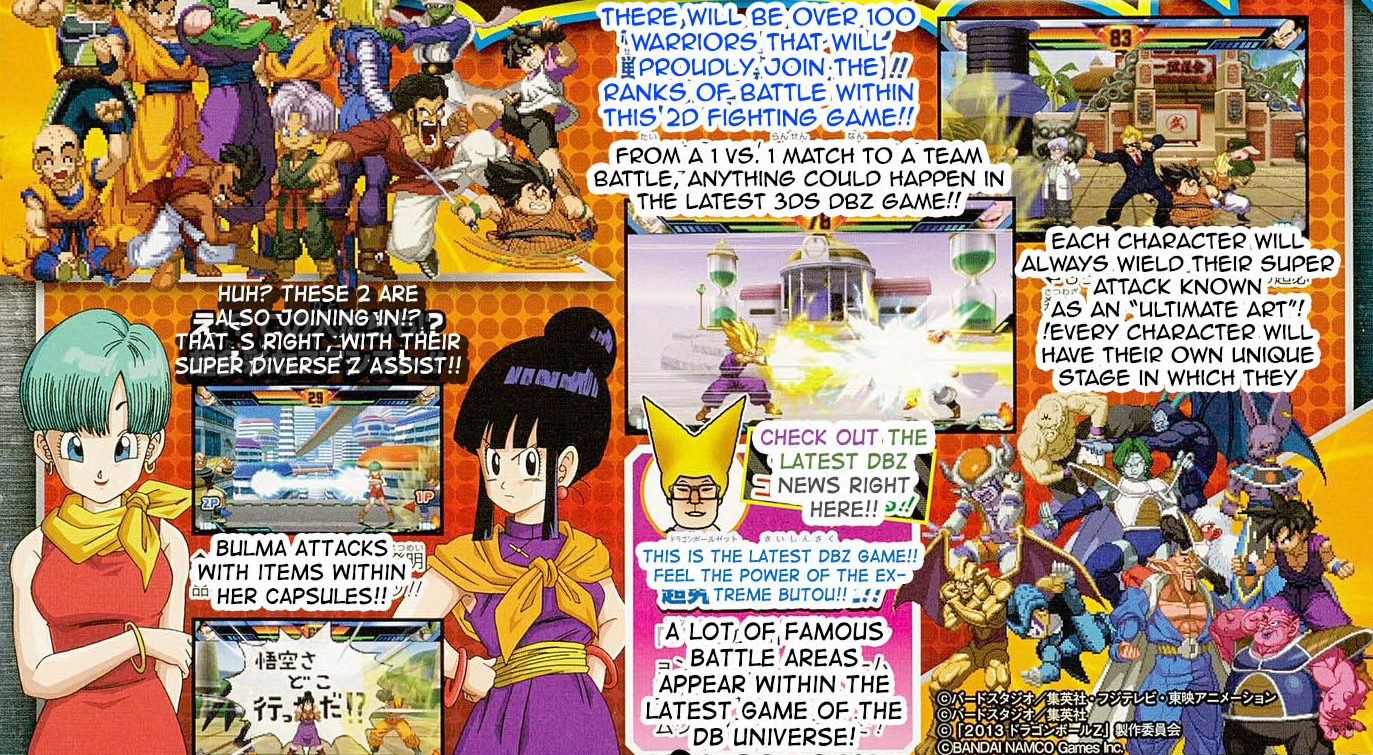 The game will feature over 100 characters, including both Chi-Chi and Bulma as assist characters. Bulma will attack with her capsules while Chichi will assist the fighter with her immense anger interrupting the screen. Additionally, each character will have their own unique stage in which they can perform their own special attacks. It will also feature both 1 vs. 1 as well as Team Battles.

Dragon Ball Z Super Extreme Butoden is coming out on Nintendo 3DS this summer. Check out the scan below:

Update: The game is being developed by Arc System Works. Thanks to duckroll and Hero of Legend on NeoGaf for pointing out.