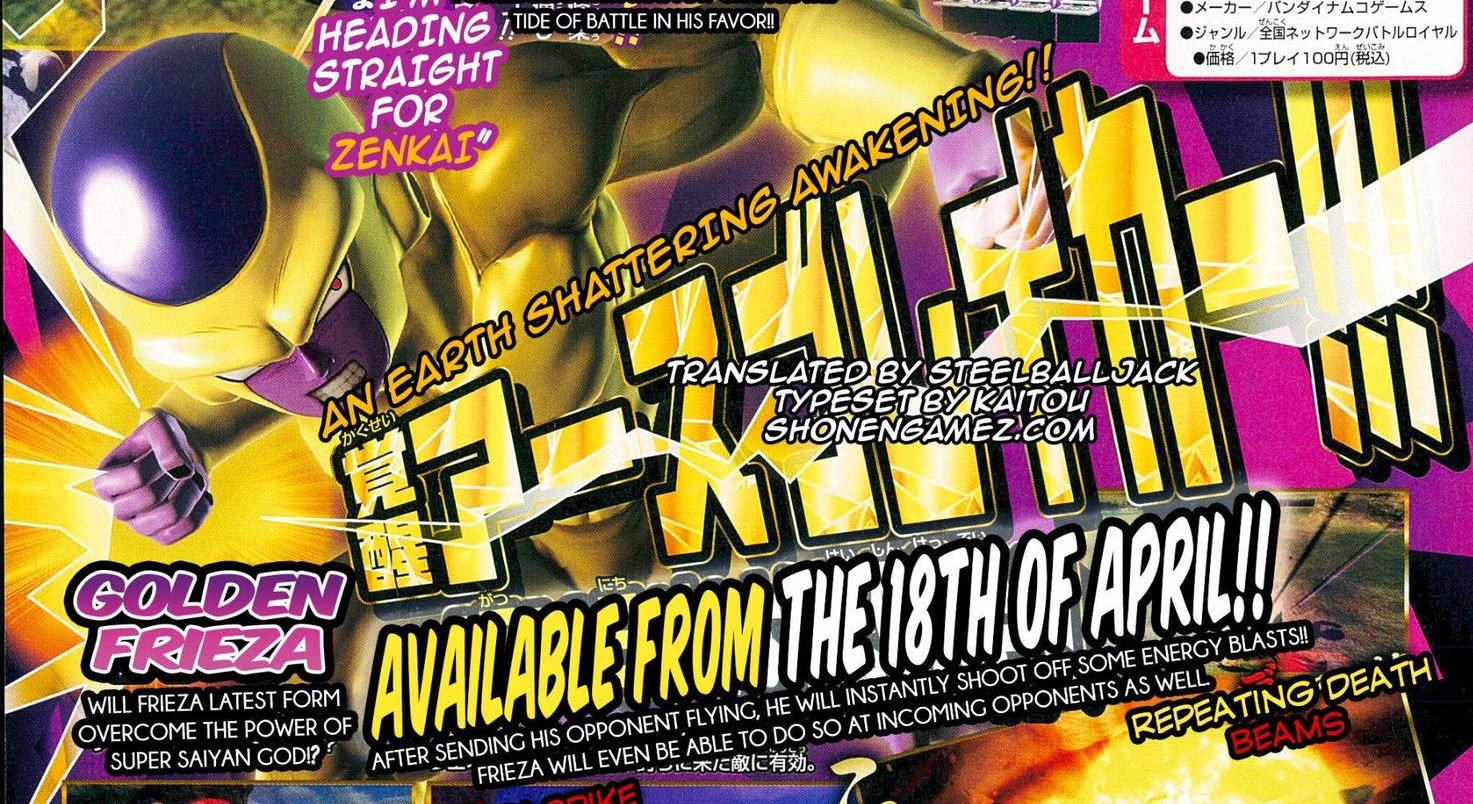 The latest issue of Weekly Shonen Jump has revealed that the second downloadable pack for Dragon Ball: Xenoverse will be releasing by tend of March and will bring Towa, Mira, Nova Shenron and Eis Shenron as playable characters. Additionally, it will bring three more Time Patrols which revolves around the last saga of the Dragon Ball GT series, two new parallel quests, 22 new super attacks including ones you can learn from Pan, which will be a new master. New clothing pieces as well as 6 new pieces will be available as well. Check Boots Offers and Chanel Offers. This DLC Pack will cost 950 yen (or around $10), like the recently released DLC Pack.

If you live in Japan or plan to visit Japan. to enjoy the many Arcade-exclusives, Frieza in his powerful Golden Form will be available as a playable character in Dragon Ball Z: Zenkai Battle Royale on April 18th. His moveset will consist of his Death Counter, Death Spike, and Repeating Death Beams.