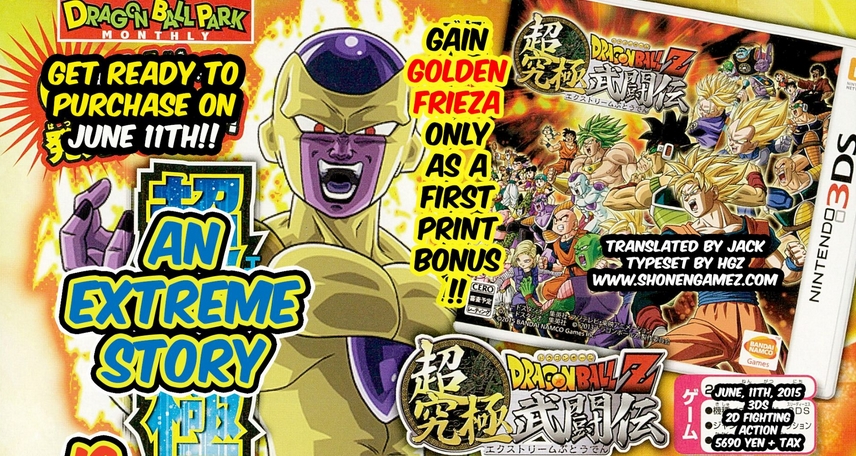 Arc System Works’ Dragon Ball Z: Super Extreme Butoden will be releasing on June 11th in Japan for the Nintendo 3DS. Those who pre-order the game will get Gold Frieza as a playable character as well as Super Saiyan 4 Vegeta (not sure if as support or playable) if you have a save data for Dragon Ball Heroes: Ultimate Mission 2.

Other bonuses include a code to play Dragon Ball Z: Super Butoden 2, Dragon Ball Heroes Revival of F Goku card and a Golden Frieza Dragon Ball Discross disc. Finally a demo code will be included in next months issue of V-Jump that lets you play as Goku, Gohan, Vegeta and Majin Buu.

The save data from the demo can be carried over to the final game and will unlock a playable Revival of F Goku character and your power level will carry over.