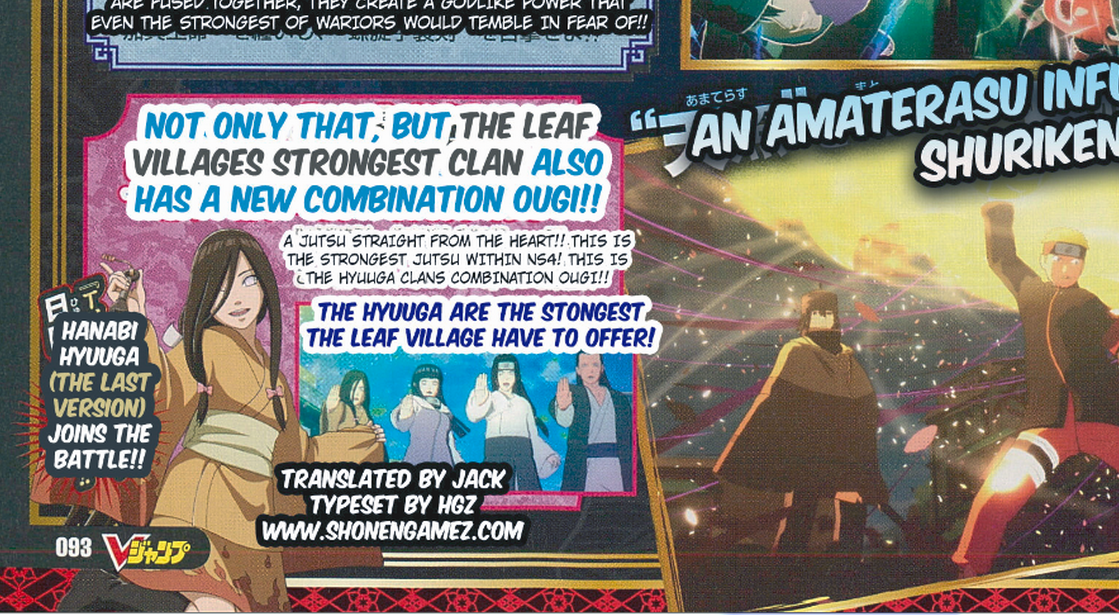 Naruto Shippuden: Ultimate Ninja 4 is here again this month in V-Jump with a very surprising scan. After a few weeks of seeing concept art, we’re back to seeing gameplay screenshots.

In the scan, you can see a lot of hype being generated about a big story mode boss battle where you use Team Seven to take on the Ten Tails.

The next piece of news is that Hanabi Hyuuga will be joining the roster of the game for the first time since the original Ultimate Ninja Series. She’ll be showing up as her “The Last” version, so we’ll see how much she’s grown in this new iteration of her character!

Most importantly, is the new feature: Leader Swap. Leader Swap allows you to switch your leader character in the middle of your battle. Check IGA Catalogue and ALDI Catalogue. What this means is, you can tun your support characters into your main characters at any time during a battle, very similar to a mechanic in the Marvel VS Capcom series of games.

Do you think this is a good fit for Naruto Storm, and are you excited to try out the power of the Hyuuga when you get your hands on Storm 4? Comment below after viewing the scan for yourself!: