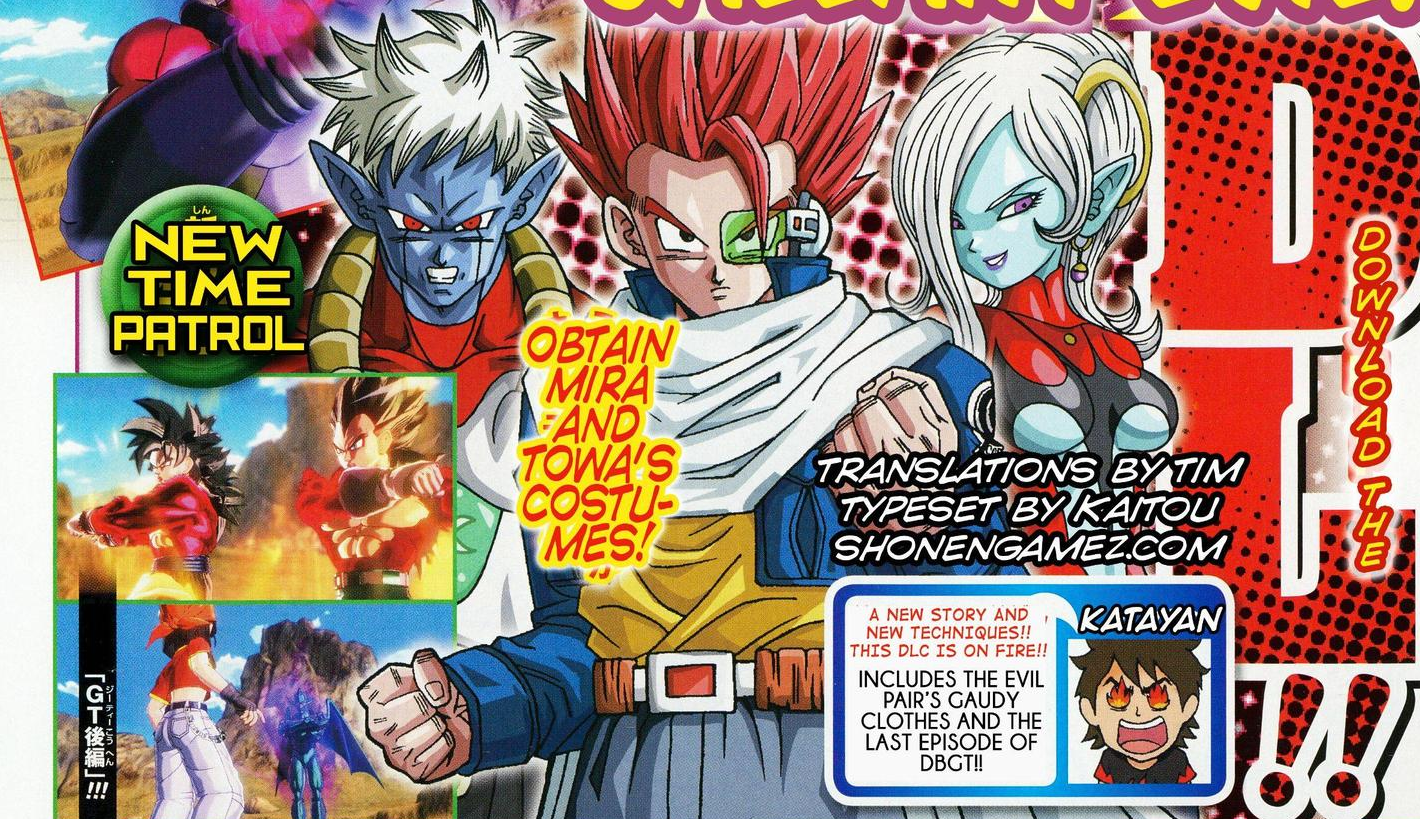 Earlier this week, we translated this month’s V-Jump magazine which revealed the release date and the content for the second downloadable pack for Dragon Ball Xenoverse. In addition to Towa’s and Mira’s costume, this issue of Weekly Shonen Jump revealed that we are getting Super 17’s and Gogeta’s costumes as well. New techniques also include Eis Shenron’s Ice Claw and Pan’s Z-Soul.

Dragon Ball Xenoverse‘s second downloadable pack will be releasing in Japan by the end of March. Check out the scan below: