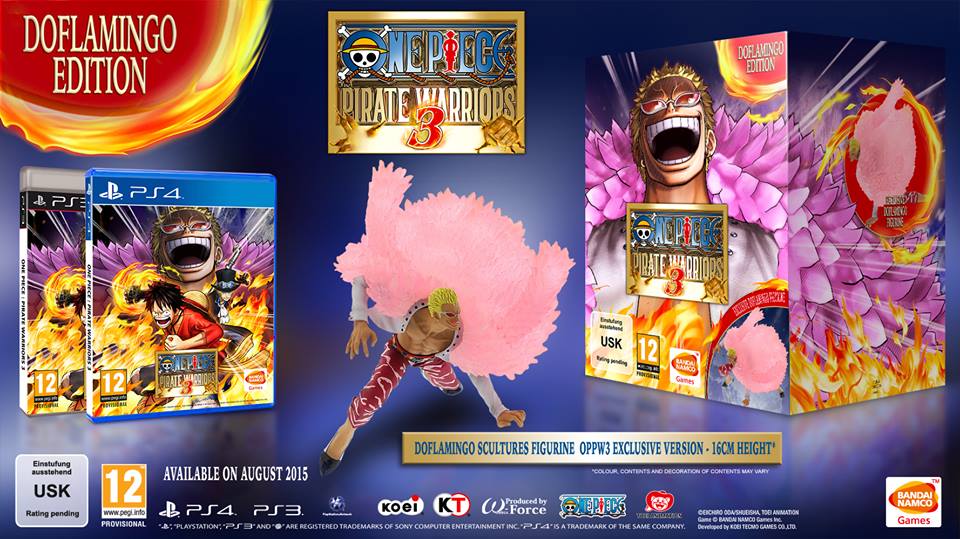 Even though One Piece Pirate Warriors 3 didn’t get a Treasure Box edition in Japan, it seems that Bandai Namco Games of Europe is still showing love to European fans by releasing a collector’s edition for this upcoming installment.

The Doflamingo edition will be available for both the PS4 and PS3 and will  include a 16cm tall figure of Doflamingo. Additionally, if you pre-order the game at participating retailers in Europe, you will receive the Carp costume for Luffy and the Lucy costume for Sabo as well as a Steelbook case of the game. Sadly, this collector’s edition isn’t a good as the ones for Pirate Warriors and Pirate Warriors 2.

If you plan to double dip and want to play the Japanese version while waiting for the European verison. You can purchase One Piece: Pirate Warriors 3 over at Play-Asia.com physically or digitally.