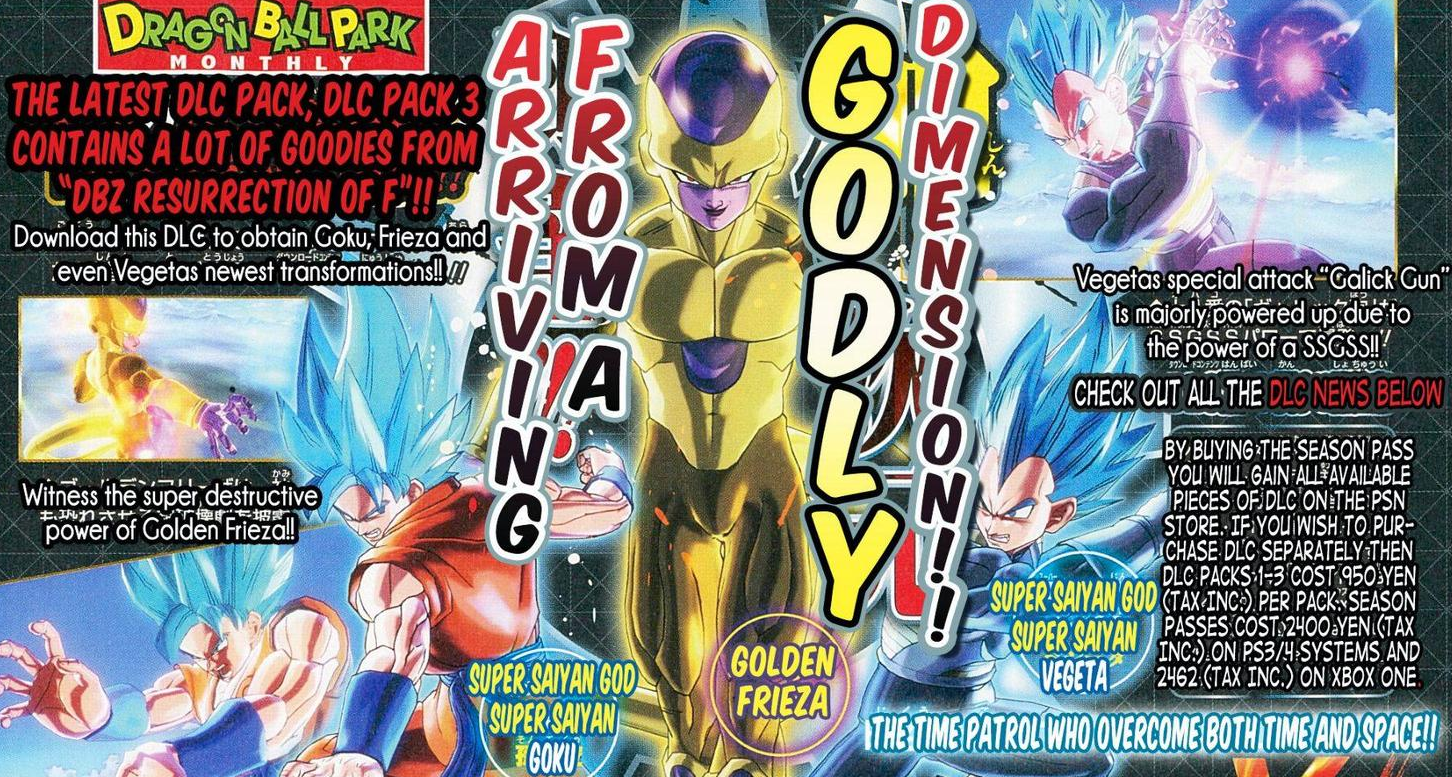 The latest issue of V-Jump Magazine has revealed more information for Dragon Ball Xenoverse‘s upcoming Resurrection of F Pack, which is the last pack to be included in the game’s season pass. In addition to Frieza’s Golden Form, this pack will add both Super Saiyan God Super Saiyan Goku & Vegeta as playable characters as well.

Additionally, you will be able to use Gohan’s green tracksuit as shown in the movie as well as Tagoma’s Scouter. This pack will add both Jaco and the Old Kai as mentors as well.  It will also include 13 new skills and 7 new Z-souls as well as five parallel quests.

In addition to Xenoverse, Goku in his Super Saiyan God Super Saiyan form will be joining the Japanese arcade-exclusive Dragon Ball: Zenkai Battle Royale. His moveset will consist of powerful attacks like his Dragon Burst and Burst Kamehameha. Home Depot Weekly Ad and new professional tool sale can be interesting. Check out Menards Ad for holiday deals.

Dragon Ball Xenoverse‘s Resurrection of F Pack will be releasing in Japan sometime this April for all platforms. Check out the scan below: