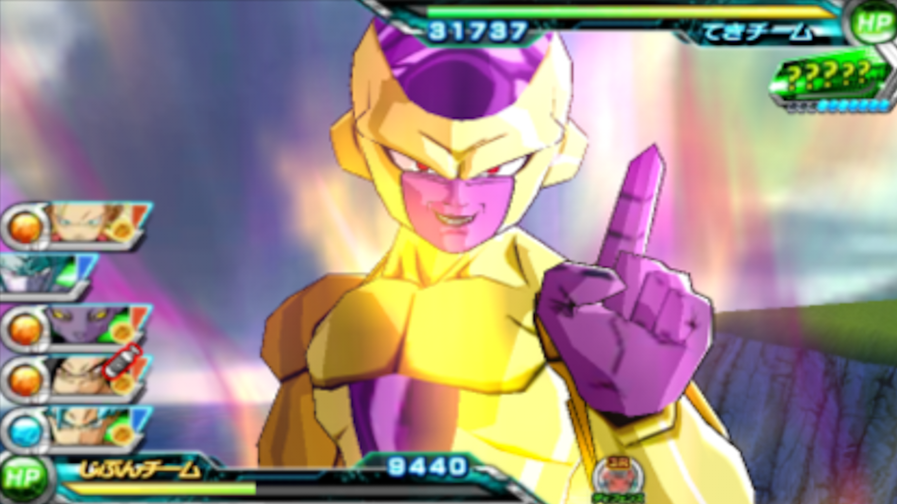 Dragon Ball Heroes: Ultimate Mission 2 update Version 1.3 has released and comes with four new Revival of F missions. The first mission you just fight Frieza and with any strong team you can kill him in one turn.

In the second mission you battle against SSGSS Goku; third mission you fight against Frieza again and will transform to Golden Frieza on turn 3 (it would be wise to beat him before then because his defense is ridiculous).

Finally, the last mission you fight both SSGSS Goku and Golden Frieza at the same time. Try to get as many hits on Golden Frieza as you can since his defense is pretty bad compared to Goku’s.