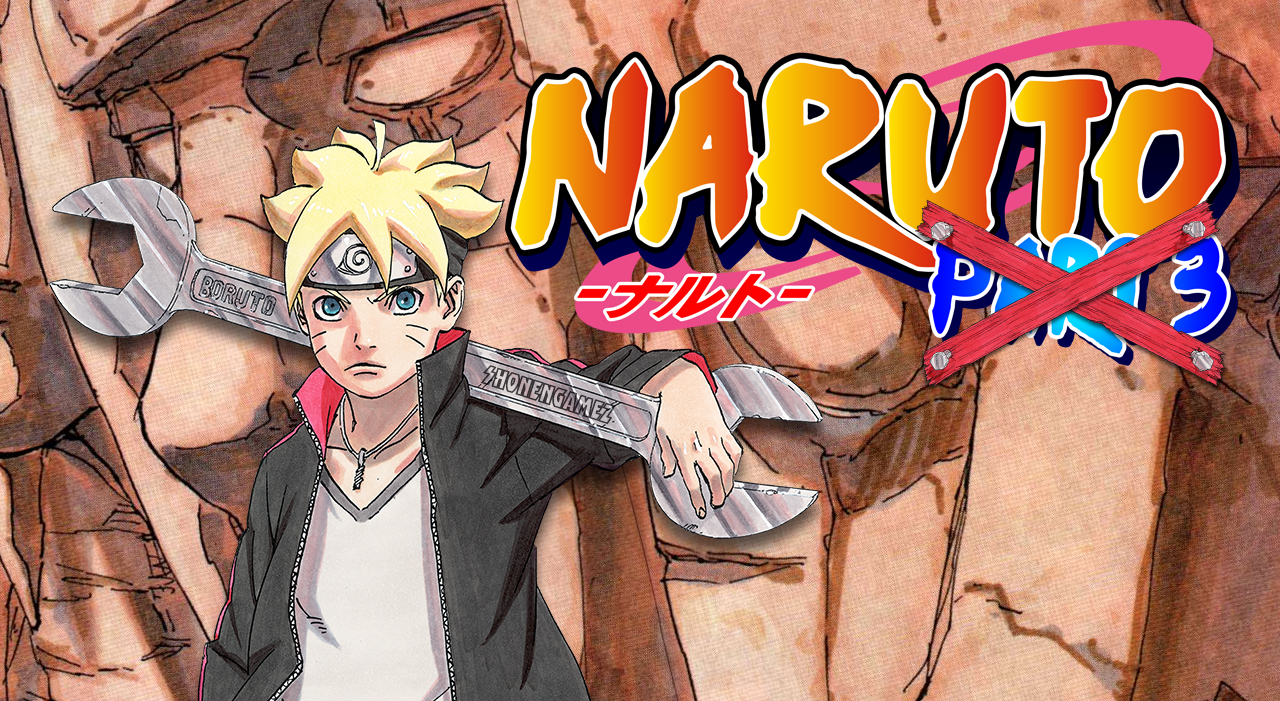 You may have been hearing for months now that Naruto will be returning! The Naruto side story novels are being released and fans are obviously excited for more Naruto, but let’s all stop.

Take a step back and breathe.

Today we’ve released the full spoiler translations for Naruto Gaiden: The Seventh Hokage and the Scarlet March, and we’re all excited for you to get a look at the new chapter and the information inside, however I personally wanted to write this article to clear up something that’s been floating out in the ether.

A couple of sites have been referring to this mini-series as “Naruto Part 3”, and whether or not they did this for attention or ad-revenue, they haven’t been very professional with their coverage of the new manga chapters.

As the website that broke the initial news that Naruto would be ending in 2014, I feel like it’s our responsibility to make sure that the readers are informed, so make no mistake, this is a Gaiden, and the chapter is actually listed as Naruto 700 + 1 (one would assume the subsequent chapters will follow this same formula) so that means we’re still in Part 2, where the manga ends.

But don’t fret! While this isn’t Naruto Part 3, this is still a rather important story that will be told during the coming months and you’re sure to be entertained! For an early look at the drama that’ll be unfolding, check out our spoiler thread by clicking here!

For now that’s all there is to it, so make sure to let us know what you think about the Gaiden in the description!