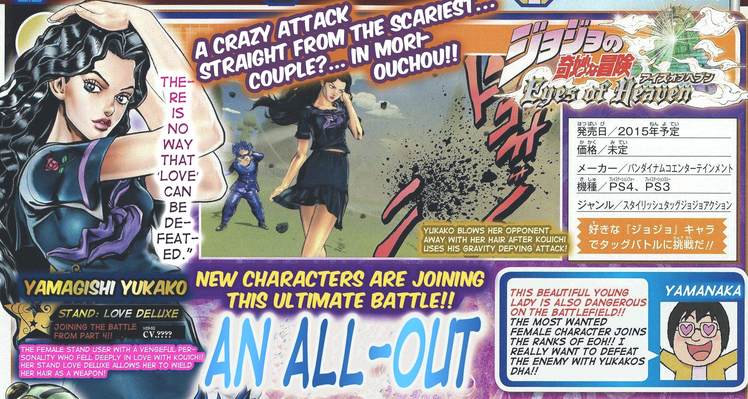 As I mentioned in the previous V-Jump scan, we saw both Hol Horse and Polnareff featured in a screenshot. Now we have an official confirmation of both characters being playable in Eyes of Heaven!

In the scan, we can see that Hol Horse can change the trajectory of his bullets, to attack his opponents during battle and in one of the comment boxes we do learn that there are even more styles that may appear! I’m extremely excited personally!

The latest demo of EoH will be available to play at an event named Machi Asobi in Tokushima City from the 3rd to the 5th of May. Players will also get an unique fan for participating.

JoJo’s Bizarre Adventure: Eyes of Heaven will release on both PS3 and PS4 sometime in 2015. You can pre-order over at Play-Asia once they become available.