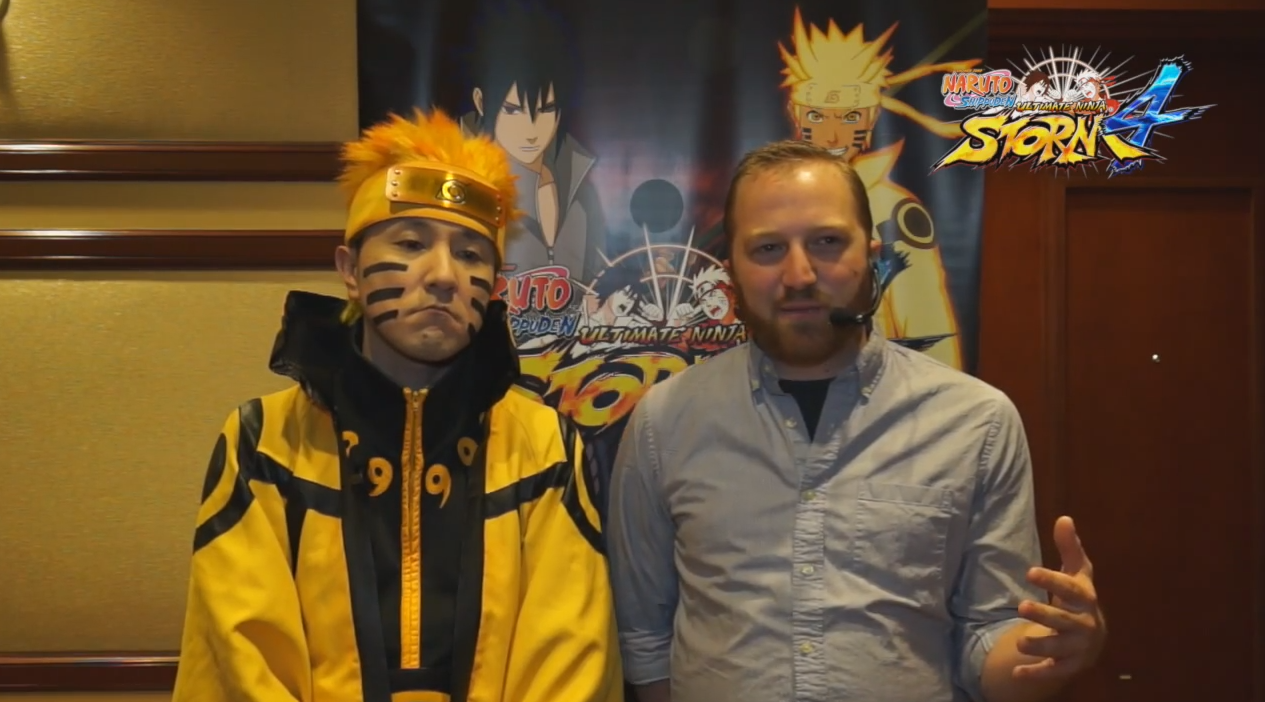 Matsuyama stated that now that the series is over, the game will have many highly requested boss battles, including the Team 7 vs. The Ten Tails battle. They are planning to showcase up to the climax of the series and will feature “a level of super-animation unlike anything before. ” He also talks about the recently revealed Hanabi Hyuga, and states that they will take advantage of her small stature to make her a fast character and have quick gentle fist attacks.

Additionally, because of the backslash he received, Storm 4 will go back to the previous battle system prior Revolution in which you can use Ultimate Jutsu, Awakening, and Drive types moves all in a single match. He later adds that you can even use the new feature “Leader Change” to use each team member’s Ultimate Jutsu and Awakenings. He also states that Combination Ultimate Jutsu in Storm 4 will be more focused on team attacks shown in the original story.

As for Online Mode, while Matsuyama couldn’t reveal much, he stated that it will be improved to increase longevity. Naruto Shippuden: Ultimate Ninja Storm 4 will be releasing this Fall for PS4, Xbox One, and Steam. Check out the interview below: