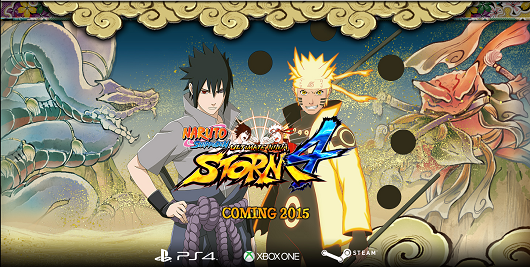 Could The Microsoft Store Have Revealed The Naruto Storm 4 Release Date?

Usually when a game only has a release window but no actual release date, we’ll see dates that land on the end of the month, or we’ll see 12/31. The Microsoft Store has recently updated the release date of Naruto Shippuden: Ultimate Ninja Storm 4 and it has many wondering if the release date might be legit.

This wouldn’t be a huge surprise, as the game is stated to release in Fall 2015. Microsoft has the game listed for release on 8/18/2015 (August 18th, 2015) and a recent Sony video might actually back up the likeliness of an August release.

Below is the “Spring and Summer” game collection of what gamers should be looking forward to on PS4. The video shows games that are releasing very soon, like The Witcher 3: Wild Hunt and Batman Arkham Knight, as well as a game releasing in September; Metal Gear Solid V: The Phantom Pain, however in the right upper corner we can see Naruto Storm 4 in its own spot.

Even with the obvious grain of salt that one has to take when seeing an unofficial release date, remember that Metal Gear has an early September release, so even if it technically releases in the fall they included it in this video, meaning anything up until September was can be shown here, so what do you think?

Comment below if you’d like to see Naruto Shippuden: Ultimate Ninja Storm 4 coming your way in Mid-August!