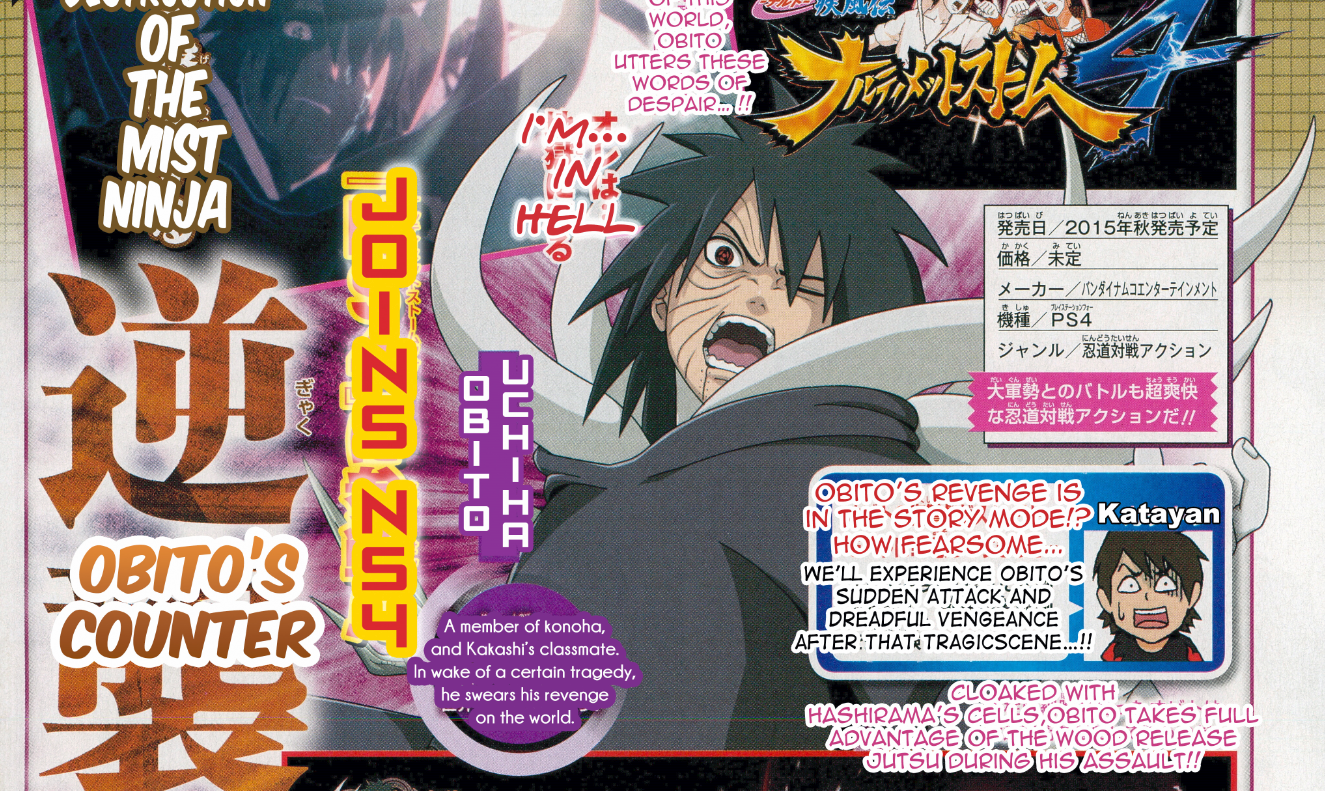 The latest issue of Weekly Shonen Jump has revealed that Obito Uchiha in his Zetsu-Tobi form will be joining the cast of playable character in Naruto Shippuden: Ultimate Ninja Storm 4. Obito Uchiha is a former member of Konoha and Team Minato. In a wake of a certain tragedy, he swears his revenge on the world.

Back from the depths of hell, you will be able to experience Obito’s tragedy in the game’s story mode, as shown in the scan.  Cloaked with Hashirama’s cells, Obito takes full advantage of the wood release jutsu during his assault.