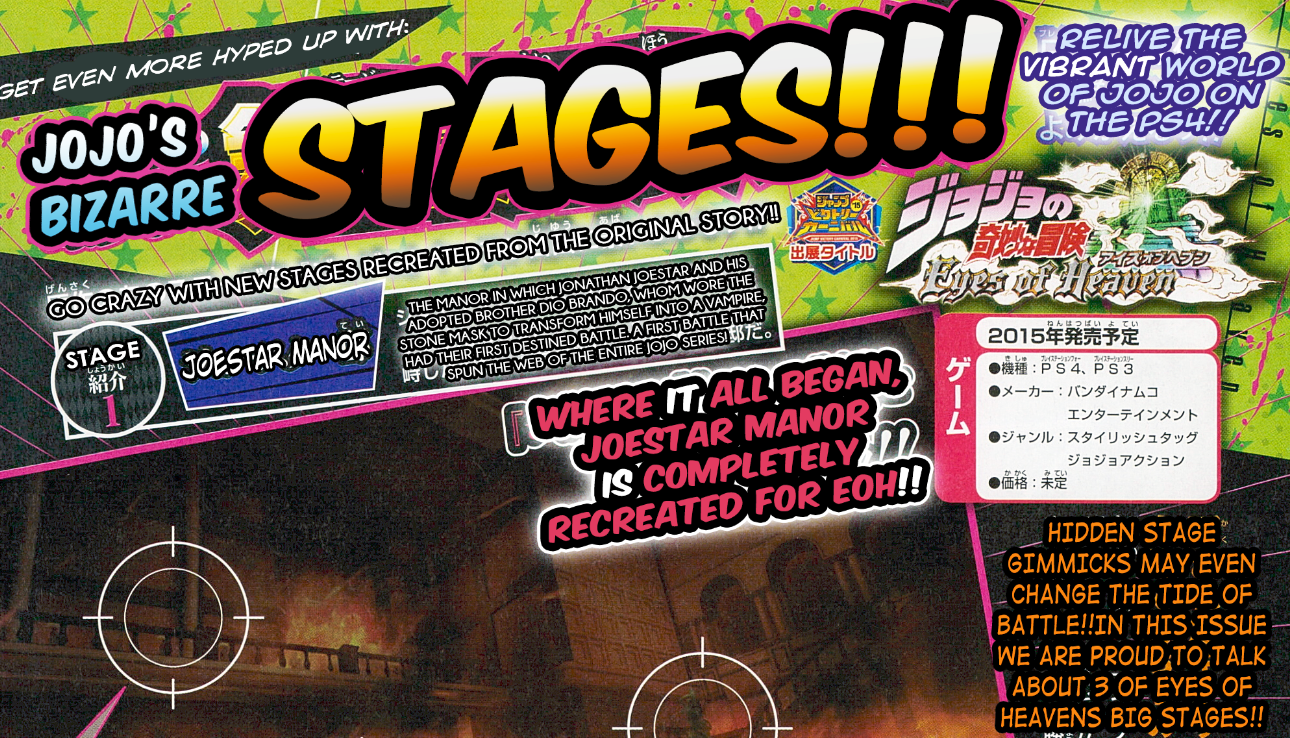 The latest issue of V-Jump reveals more in-depth news on the game’s ‘stage gimmicks’ as well the  new stage straight from Part 3 Stardust Crusaders; Death 13`s Nightmare World (the dream world in which both Kakyoin and Polnareff were trapped in to battle against Mannish Boy`s Death 13 stand).

Many of the gimmicks found in each stage are automatic although some need to be manually activated (just like in JoJo`s All Star Battle). Various stages like the previously shown Part 2`s Spike Pit stage also have more than one floor. Additionally, it also revealed that some stage gimmicks will not affect certain characters! Check out the scan below for more: