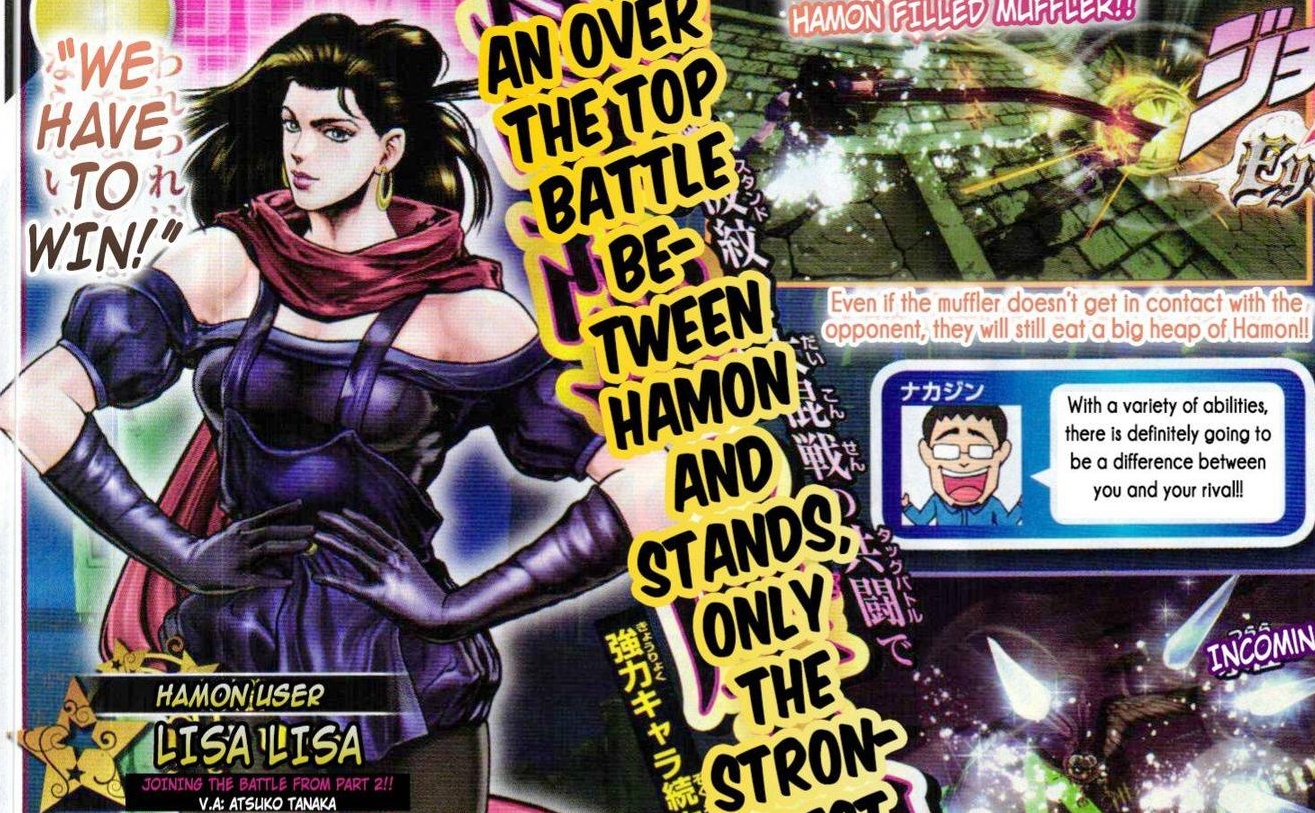 With a lot of news coming from Namco surrounding Eyes of Heaven, we now gain two new characters in the forms of both the beautiful All Star Battle veteran and Hamon user; Lisa Lisa(from Part 2: Battle Tendency) as well as a completely new character, only previously playable in the Arcade/Playstation and Dreamcast JoJo’s Bizarre Adventure: Heritage for the Future, the falcon guard of Dio’s Palace; Pet Shop (from Part 3: Stardust Crusaders).

Lisa Lisa wields her Hamon fueled muffler which will also do damage regardless if the muffler itself connects, she also has a unique Dual Heat Attack alongside her student and son Joseph using the ‘Red Stone of Aja’.

With Pet Shop, aim at your opponents and shoot off his Icicle missiles at his opponents, not only that, but now you can relive the animal stand battle between Pet Shop and Iggy from Stardust Crusaders.