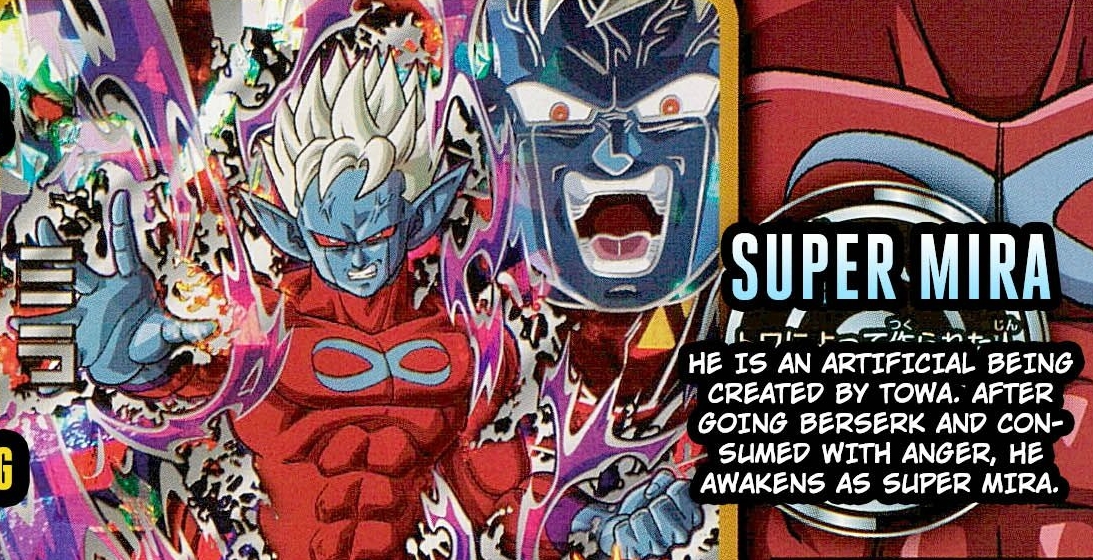 V-Jump magazine has revealed that Super Mira will be coming to Dragon Ball Heroes with his strength and stamina greatly increased due to the Saiyan genes inside of him as well as his anger that fuels it.

Anytime Mira fights an opponent who can’t faint, he can do 3x damage to them, in other words being hit too hard will not make him dizzy in the game.