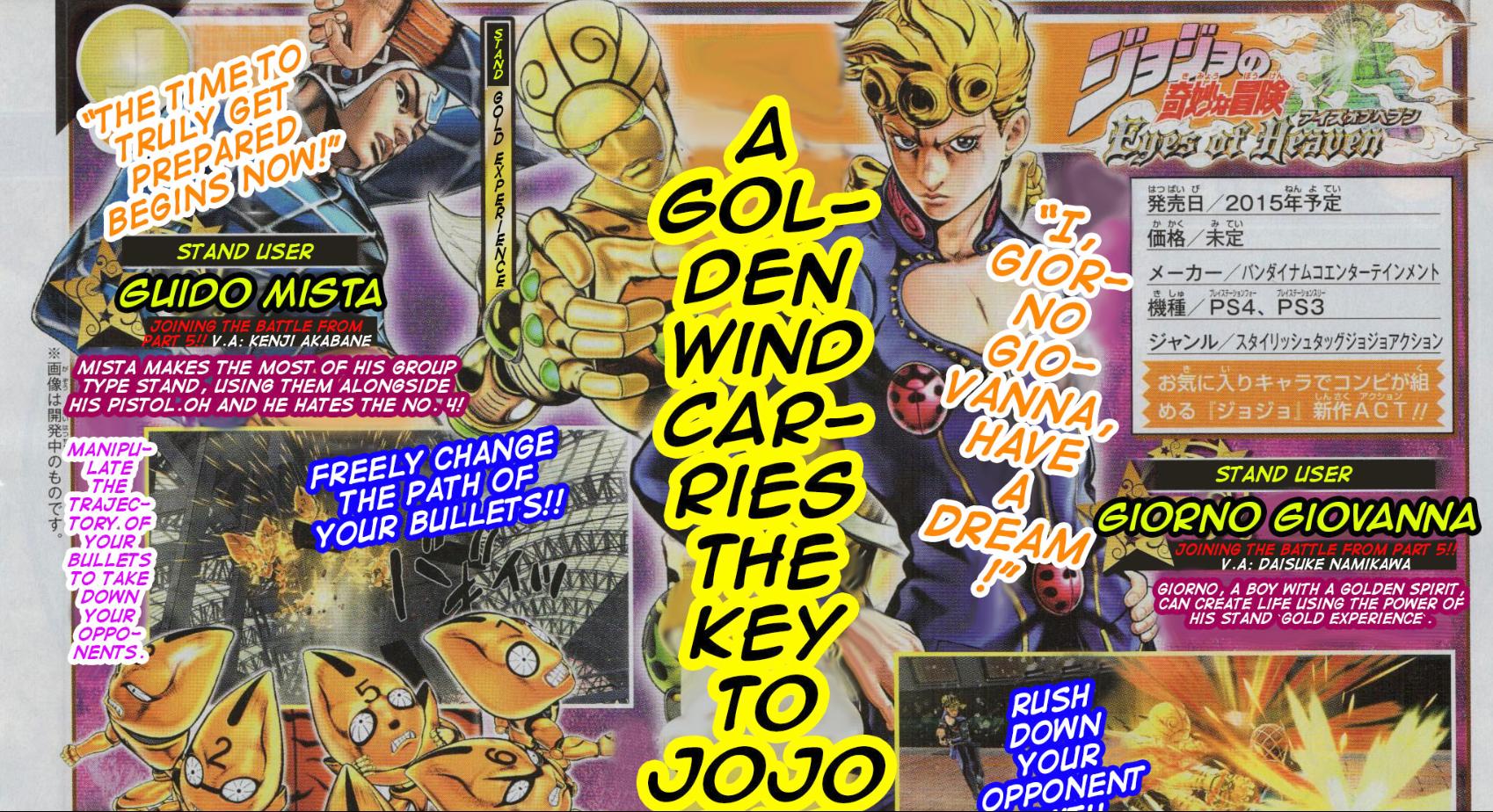 The latest Weekly Shonen Jump reveals that four of the Passione`s Escort Group will join the ranks of playable characters for the upcoming anime brawler JoJo’s Bizarre Adventure: Eyes of Heaven.

Next up, we have the marksman; Guido Mista. Using his marksmanship alongside his stand Sex Pistols, you will be able to change the trajectory freely across the EoH map. The smartest member of the Escort group; Panacotta Fuugo, and the idiotic and foul mouthed; Narancia Ghilga will also join the fray, but not too much information is given other than they will join the EoH roster.

Additionally, the scan also reveals some information regarding the story. After defeating Dio, Jotaro’s group clash heads with the deceased former members of Stardust Crusaders; Iggy and Mohammed Avdol. Check out the scan below: