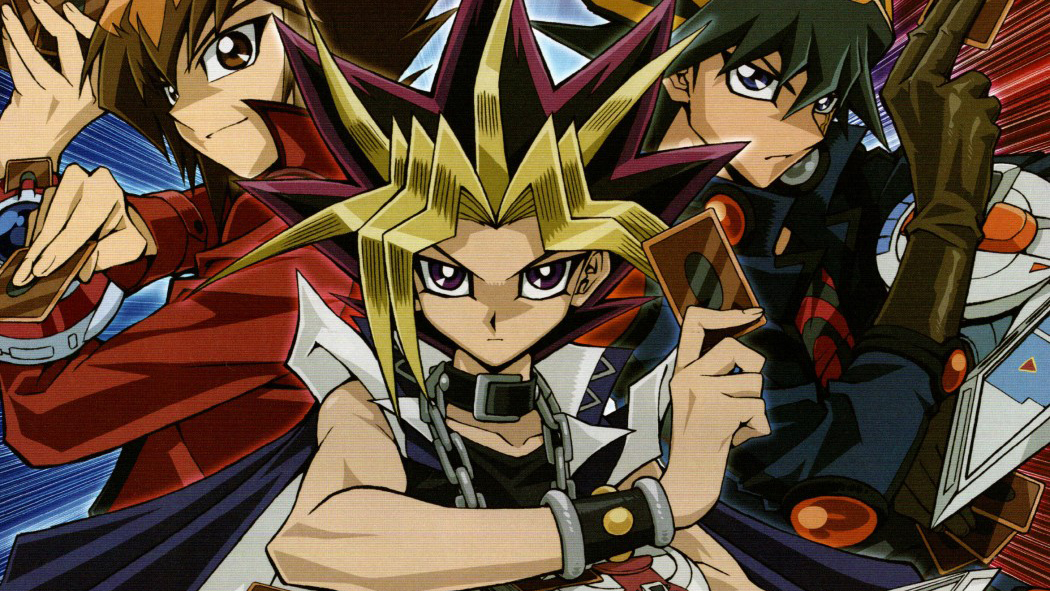 Review: Yu-Gi-Oh: Legacy of the Duelist – Get Your Game On

So I want to preface this by saying, I am, a huge Yu-Gi-Oh fan. When the original show aired every Saturday on CW11, i’d watch every episode, go to the store next to my school and buy packs of cards and sometimes i’d get lucky enough to save up money, just enough to get a tin. You were cool if you had a tin, but even cooler if you had the Battle City Duel Disk and the Deck Belt.

Okay now that my nostalgia trip is done, Yu-Gi-Oh: Legacy of the Duelist. Dope, or not so dope? Well, depends on you, the player, but pretty much, yes. Yes it is. To give you a look at what I mean, i’ll cover what I liked about it, after explaining the game to any newcomers that might be checking this out.

Yu-Gi-Oh is a popular card battle manga and anime series published by Viz Media and Weekly Shonen Jump. In America, it has existed for well over a decade, and ever since it began airing on televisions in 2001, kids and adults alike began to pick up the cards from the show and started having their own duels. The real life card game is played worldwide in tournaments and for fun, while various other games have been made to celebrate the media, including games for the Gamecube, Playstation, Xbox 360, and even Android.

So what makes Yu-Gi-Oh so fun? Well, the show depicts a card game where monsters actually come out of the cards and attack and you see the entire backstory behind the card game. Yu-Gi-Oh as a show serves the card game by adding relevance to specific cards and adds stories to go with them. There’s a special feeling to dropping a Blue Eyes White Dragon on the field, and remembering that time that Kaiba ripped up Old Man Motou’s card up… well maybe not a special feeling, but ha. HA.

Point is, the show made it COOL to play the card game, and when you get to the actual card game, its very deep and the range of decks that you can make with the different cards is seemingly infinite. Obviously, seeing as Konami are the ones that are behind the card game, and they’ve had success with video games in the past, they decided to bring it to the digital market.

So enough backstory, what about THIS Yu-Gi-Oh game. Well, Legacy of the Duelist is interesting in a few ways, and misses a couple of marks in others.

One of the first great additions to this game, and the main selling point, is the fact that it actually has the stories for each arc of Yu-Gi-Oh (except for Arc V, which really just seems sloppily thrown in there with only one battle that serves as a tutorial for Pendulum Summoning). For newcomers, this is your way to become familiar with the Yu-Gi-Oh world, and get in touch with that backstory that I just rambled about.

The story has a lot of the major duels from the anime, and it covers Yu-Gi-Oh, GX, 5D’s, and Zexal (again with only one battle for Arc V). During these campaigns, you’ll do battle with the many friends and enemies of the Yu-Gi-Oh world, and you’ll be earning cards and DP the whole way through. Duel Points are used to purchase cards from different booster packs that you unlock on your journey, but a majority of your card collecting will come from the Duelist Challenges.

Duelist Challenges have you facing off against enemies from the story with your own deck. You take them on with various pre-built decks that they have, and if you win you get a decent number of their cards. The more you win against them, the more of their deck you’ll have until you’ve unlocked the entire recipe. Some of these duels are INTENSE, and very difficult, but if you can’t get past one, do another and unlock some cards, adjust your deck, and come back to it with a whole new strategy!

The card system is really rewarding. One of the best things about Yu-Gi-Oh is getting a pack, and seeing a card you want lying there before you. The community is also making this a bit better, by providing spreadsheets on which characters/booster packs have what cards, allowing you to pick and choose who you battle to get the deck that you want most. Check out the subreddit for stuff like that if you’re interested.

Finally the Multiplayer (which is one of the most necessary parts of this game) is pretty decent. You can go online with decks that don’t have any banned cards (you also have to own all of the cards in the decks that you use, but the game does a good job of letting you know with icons if a deck can’t go online) and battle against friends and rivals alike in 3 different ways.

Battle Packs are packs of cards you can buy for 5 rounds of dueling that reward you with a load of cards once you complete the pack, you can take these online and battle against other Battle Packers or just do it solo in a single player version. Player Match lets you go online and test out decks against other people waiting in the lobby, and Ranked Matches allow you to test your skill against others and have your name rise up on the leader boards.

This is where the issues begin, and it serves as a good segway into the odd/missing elements of this game. For a game that can have VERY long matches, it sucks that if your opponent leaves before their life points turn to 0 (which trust me, many will) it doesn’t count as a win for you. This is pretty annoying, because you’ll be unable to platinum the game unless you can get that Ranked/Player Match trophy, and unless you find somebody who’ll take their loss, you might not ever get the plat.

Another issue with online is that sometimes duels just freeze. It doesn’t happen all too often, but sometimes during a duel, the game’ll get lost and not know whose turn it is. Its like a referee in basketball not knowing which team has the ball, everything sort of just stands still, and you have to leave the game and start over in order to continue playing.

This brings me to the next thing missing from the game, a sense of variety. It seems like this game took a step backwards content wise, in favor of a more direct story. By that I mean, the online mode in the previous Yu-Gi-Oh installment had a Tag Team duel mode, where you and 3 other friends could meet up online and duel in an exciting way, that feature is left out of this one and is sorely missed.

Another thing missing here that other Yu-Gi-Oh games in the past have had, is an extensive challenge mode. In the past, there has been a challenge mode where you are put into various situations where you must win in one turn, and you only had select cards and moves available to you. This mode was fun for those that enjoyed puzzle solving, and served as a way to teach players how to handle certain situations, and unlock pretty rare cards.

Another thing is, although the game has almost 7,000 cards, they’re missing a bunch of the cards that go into various decks, and don’t have much to choose from in terms of Arc V cards. That seems odd for a game that already has multiple DLC card/duelist packs, but they have said that they are looking to add cards to the game as time goes on, and seeing as the game did just very recently release, 6,000+ cards isn’t too shabby.

Overall the main problems with this game come down to a lack of true variety. You duel, you get some cards, and you duel some more, with nothing really pulling you to the side and saying “Hey look you can do this too, or you can do this like THIS”. However, as a true bread and butter Yu-Gi-Oh game, it hits all of the marks of what you’d want. You can duel, you can build decks, you can relive the story, you can take your decks online, all of the things that SHOULD be in the game are there for you to enjoy.

There are a few technical issues here and there, and i'd like to see Konami step out of their comfort zone a little, however as a Yu-Gi-Oh game, this game does fans justice! If you don't have a copy, make sure to pick one up on the PSN Store if you're interested!