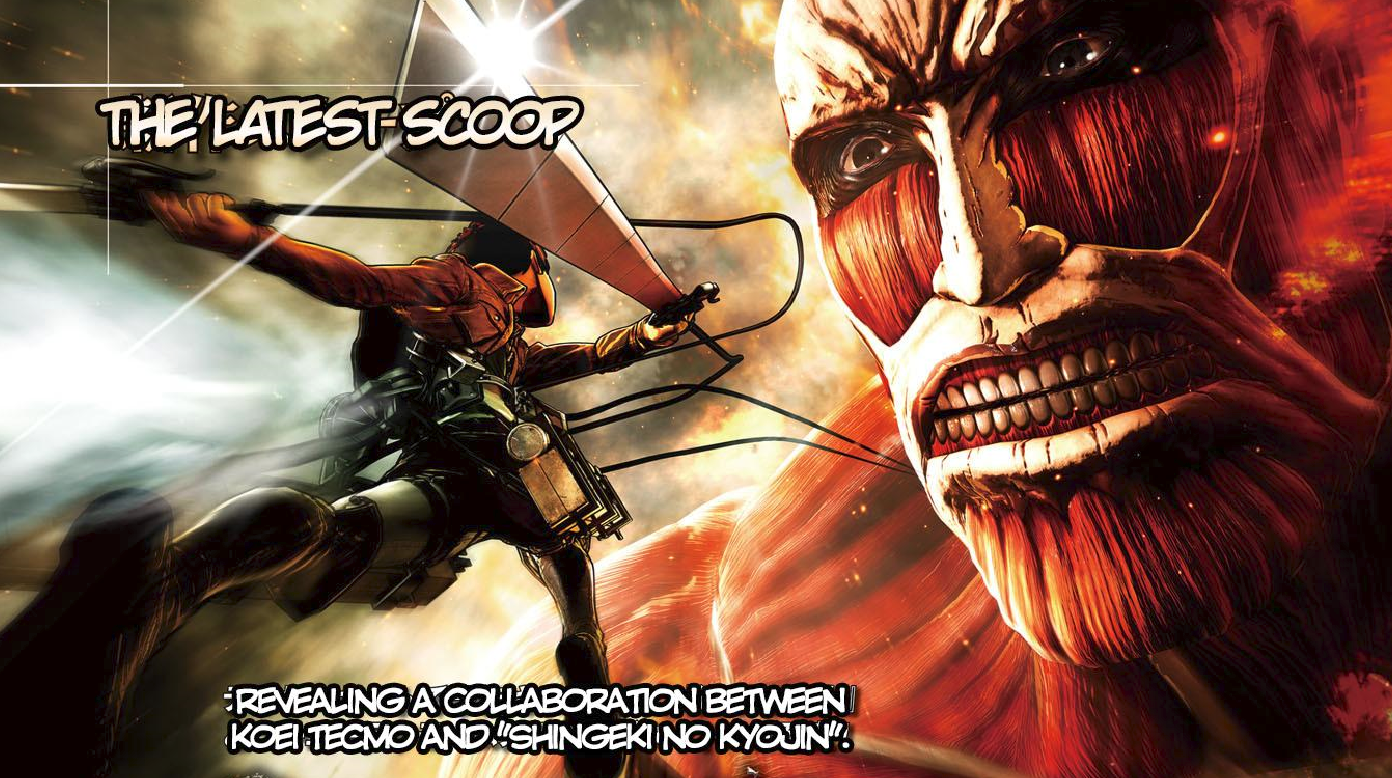 This week’s issue of Famitsu has revealed the first scans for Koei Tecmo’s upcoming Attack on Titan title releasing on for PlayStation 4, PlayStation 3 and PS Vita. The first scan reveals details on series’ story as well as introduces its protagonist; Eren Yeager. Attack On Titan, which broke over 50 million in issues circulated, SnK is set in a world suddenly driven to the brink of destruction by monstrosities called Titans. The last of the humans remain behind huge castle walls where they plan their counter-attack.

This anime mashup will feature overpowering graphics which will fuse the power of the anime’s art and modern graphics engines allowing for a reimagining of tense scenes. Players will control Control the main cast members like Eren and Misaka as you freely explore the beautifully rendered surroundings.

Just like the original work, players will strike down the titans with the 3D Maneuver Gear. The “Three Dimensional Maneuver Gears” are used in to soar through the skies and strike down on their enemy’s weak point, the nape of a titan neck. This is the fundamental strategy when facing titans in battle. You will be able to chase titans in rain, sleet or snow.

The game allows players to choose their own strategy, and take advantage of their surroundings such as cannons placed at the castle gates, ammunition canisters, and more. This game is all about the result of your individual choices and how they mesh with those of your teammates.

Koei Tecmo’s Attack on Titan is scheduled to release this winter in Japan on the PS3, PS4, and PS Vita. Check out the scans below: