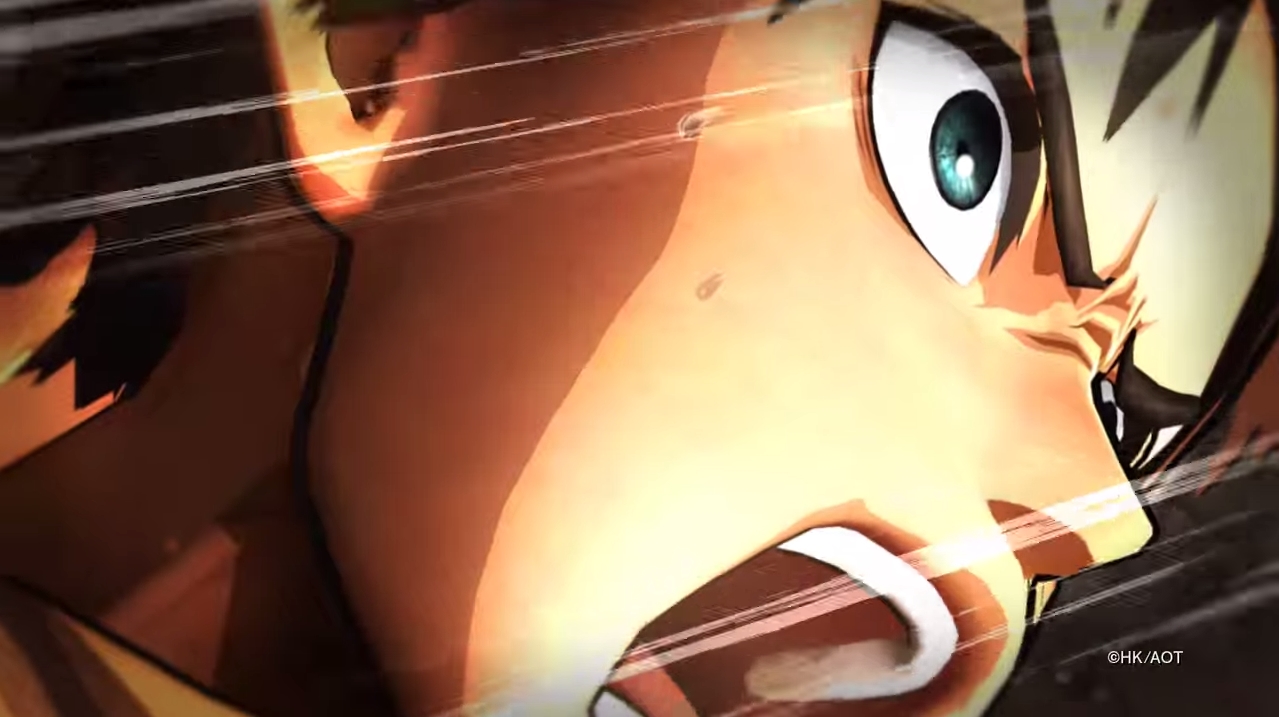 In addition to the game’s mechanics, this week’s issue of Famitsu also features an interview with Koei Tecmo’s President and Producer Hisashi Koinuma and Director Tomoyuki Kitamura. The Koei Tecmo representatives shares details on the game’s development, confirming that the game is 50% complete as well as how the upcoming project came to be.

Like the previous teasers confirmed, the upcoming Attack on Titan game will be more tactical and fast-paced than your average Musou title. They confirmed that alongside the game’s combat system, they also focused on making flying around as fun as possible. They revealed that while the 3D Gear controls would be user-friendly for newcomsers, it will also have tight controls and complicated maneuvering which will reward the higher skilled gamers. However, they assured that newcomers will get accustomed to the complicated controls as they progress from mission to mission.

They also advised players to be pay close attention to their surroundings, as Titans will be able to through buildings as they enter the scene. Once they break through, the battle might become quite difficult without the buildings to form a foothold.

The story mode is faithful to the original so those who haven’t seen the manga or anime can come to understand its story, but it will do more than just mimicking the original work. They confirmed that they are aiming create something that stands alone as a great game, one that both fans of the series and hardcore gamers can happily transition to. As previously confirmed, this isn’t a Musou game, but Koei Tecmo is trying to establish a a new genre with this completely new title.

Koei Tecmo’s Attack on Titan is scheduled to release this winter in Japan on the PS3, PS4, and PS Vita. Check Cub Foods Ad and Dollar General Ad. Check out the full interview below: