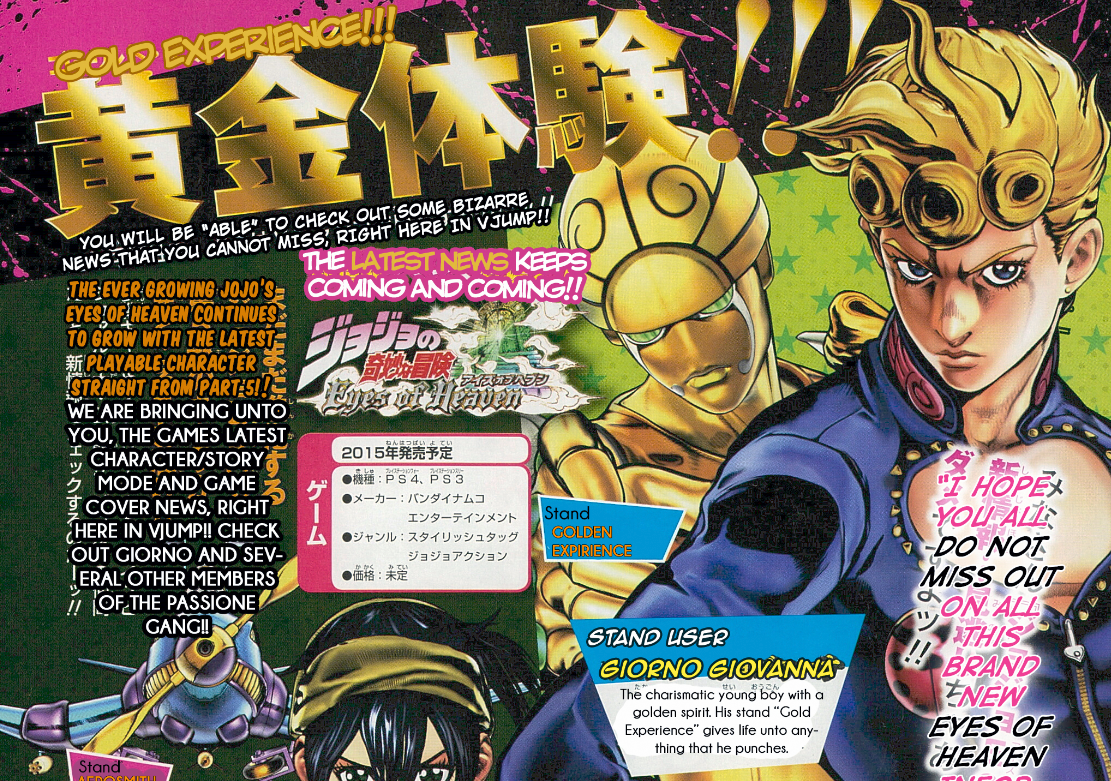 The latest issue of V-Jump shares more details on the previously revealed Part 5 characters–Giorno Giovanna, Guido Mista and Naranchia Ghilga as well as a look at Giorno`s stand`s arrow upgraded form “Gold Experience Requiem”. Not only that, but in several screenshots we can also see the Naples Train Station stage from Part 5 (which was also a  stage in All Star Battle) which will a playable stage in Eyes of Heaven.

Finally, we see an added screenshot to the original story mode which only adds onto what we know from previous scans. Check out the scans below: