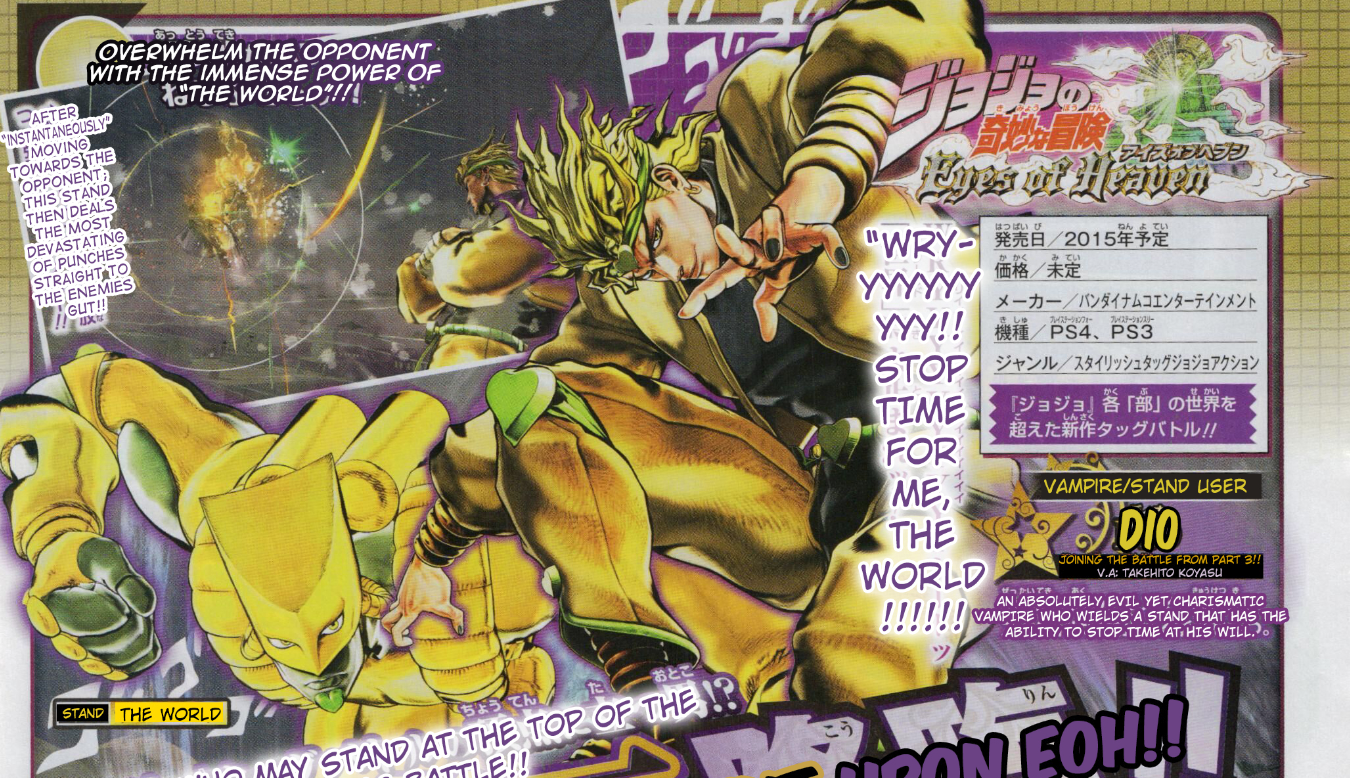 The latest issue of Weekly Shonen Jump reveals the last and arguably most famous version of Dio; Part 3 Dio alongside his loyal right hand man, Vanilla Ice, will also joining the upcoming anime fighting game JoJo’s Bizarre Adventure: Eyes of Heaven. Within Eyes of Heaven, Cream uses the Dark Void in his mouth which can be used to swallow itself and Vanilla Ice to re-appear somewhere else for a surprise attack. It is not yet confirmed if Vanilla Ice/Cream will be able to environmental damage (to throw-able objects/chests etc).

Additionally, just like we saw Iggy and Avdol standing before the remaining Stardust Crusaders, we see Kakyouin alongside N`Doul facing off against Jotaro, Joseph and Polnareff.

JoJo’s Bizarre Adventure: Eyes of Heaven will be releasing for PlayStation 4 and PlayStation 3 in Japan this year. Check out the scan below: