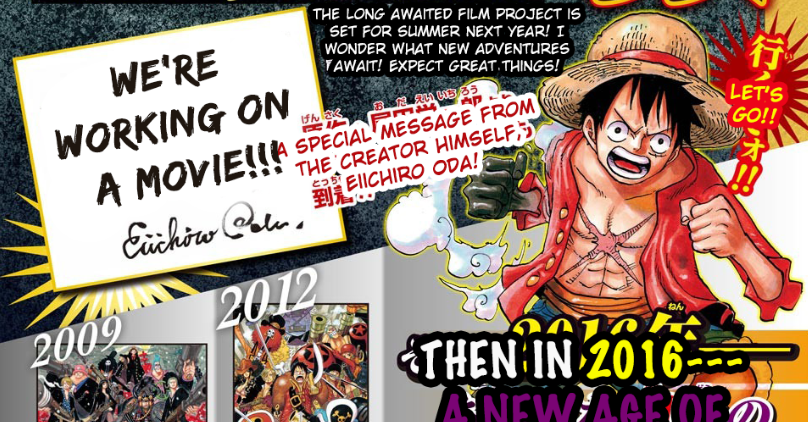 One Piece Fans are being spoiled lately. The anime just finished airing a really well done flashback arc involving Law and Corazon, then we get the Episode of Sabo special which was animated beautifully and details how our hero’s brother managed to get into Dressrosa, and recently One Piece: Pirate Warriors 3 launched in the US and other territories on PS4 and other consoles.

If you thought that was enough, now WSJ is revealing a new One Piece Movie coming out next year. What’s more exciting than a One Piece: Movie Announcement? Check Tesco Offers and Lidl Offers. The fact that Eiichiro Oda (the creator of One Piece) will once again be involved with the film. The fan favorite films Strong World and Film Z have both been partially made with help from Eiichiro Oda directly, so hopefully this next film keeps up the tradition of great movies.