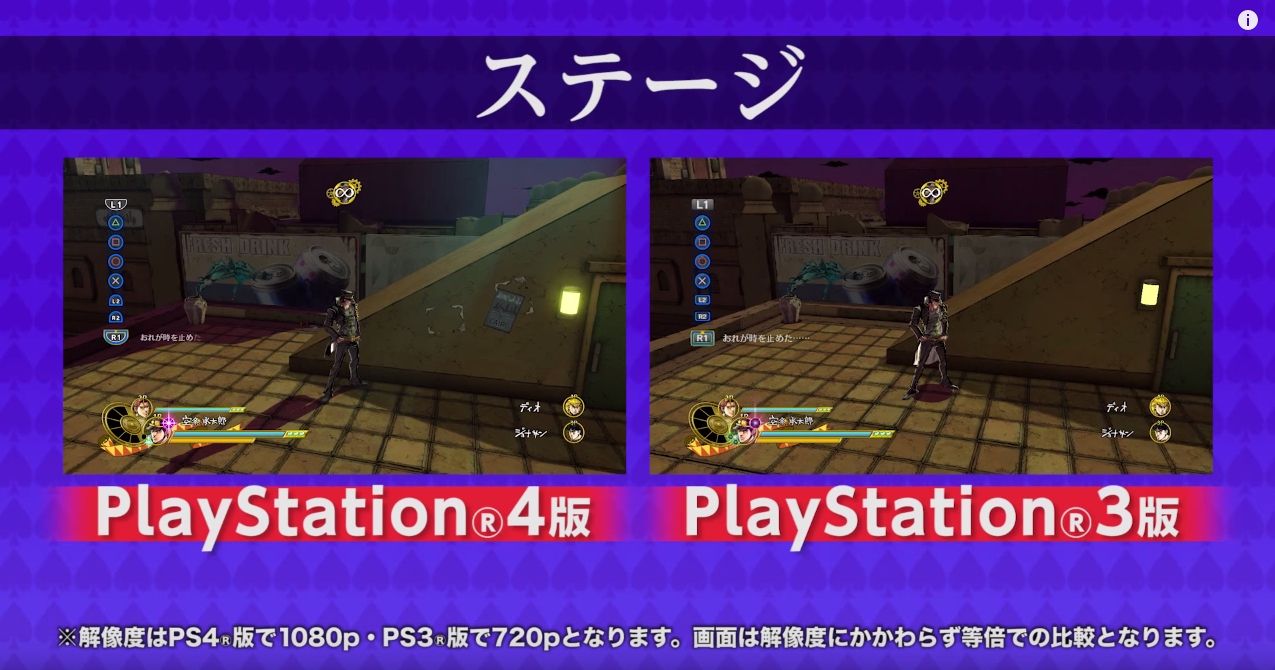 Bandai Namco Japan’s latest video for Jojo’s Bizarre Adventure: Eves of Heaven shows the resolution differences between the PS4 and the PS3. Some gameplay is shown and in the end there’s some text that basically says the PS4 version will be in 1080p and the PS3 version in 720p.

Here’s some differences we noticed between the two versions:

– Characters have their shadows while the PS3 version uses circles

– The buildings have lights on while the PS3 version doesn’t

– At 0:41, the PS4 version seems to have a poster on the wall that isn’t present on the PS3 version