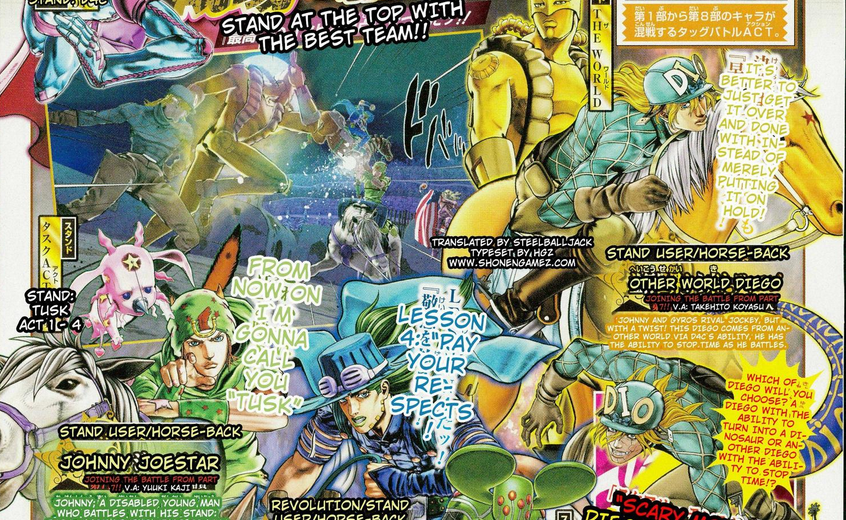 Galloping straight from the Steel Ball Run Race, Johnny Joestar, his Revolution Mentor and friend; Gyro Zeppeli, and the man who does everything and anything for his country, as well as the President of the USA; Funny Valentine joins the Eyes of Heaven team battle extravaganza!!

Not only that, but we are getting a brand new character in this shape of; Other World Diego. The game will feature two playable Diego characters! When I say “Other World” Diego, I am talking about the Diego that wields the power of “The World” that appears near the end of the Steel Ball Run manga.

Gyro will also have a brand new style not seen before even in the previous All Star Battle game will is known as “Revolution”. This will make Gyro the only character to have 3 Styles in one (Revolution/Stand and Horse-Back).

Check out the scan below for more: