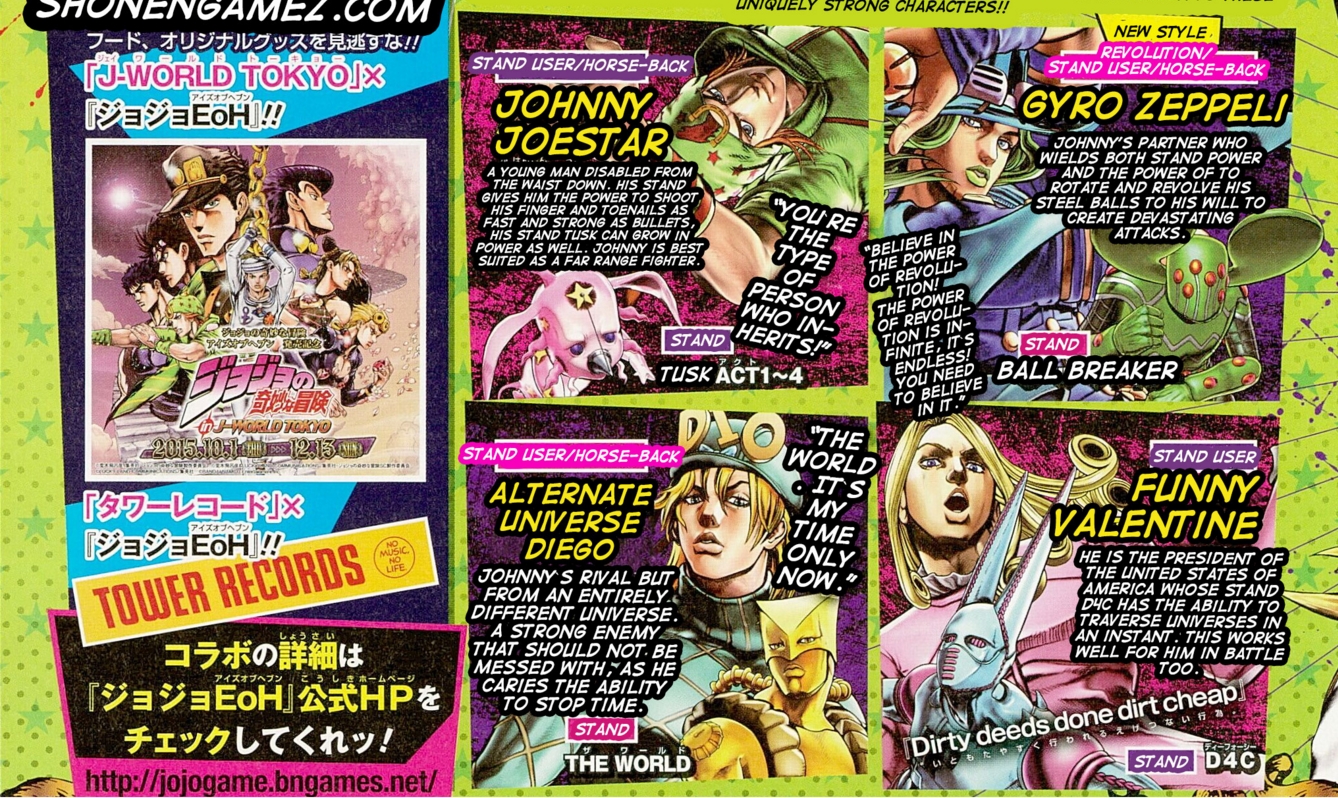 The November issue of VJump has given us the official image for the story mode only original character: Heaven Ascended Dio. Phantom Blood’s Speedwagon even manages to travel into the future alongside Old Joseph to meet up with both Naranchia and Giorno in Italy!

We also learn that the figures clouded in shadow are connected somehow to how Dio gains his new form and powers! The Story will begin on the final battle between Jotaro and Dio. There’s also an extended look at the Part 7 (Steel Ball Run) characters shown previously in our EoH Jump translation talking more about Gyro Zeppeli’s brand new mode called “Revolution”.

Check out all the extra information in the scan below: