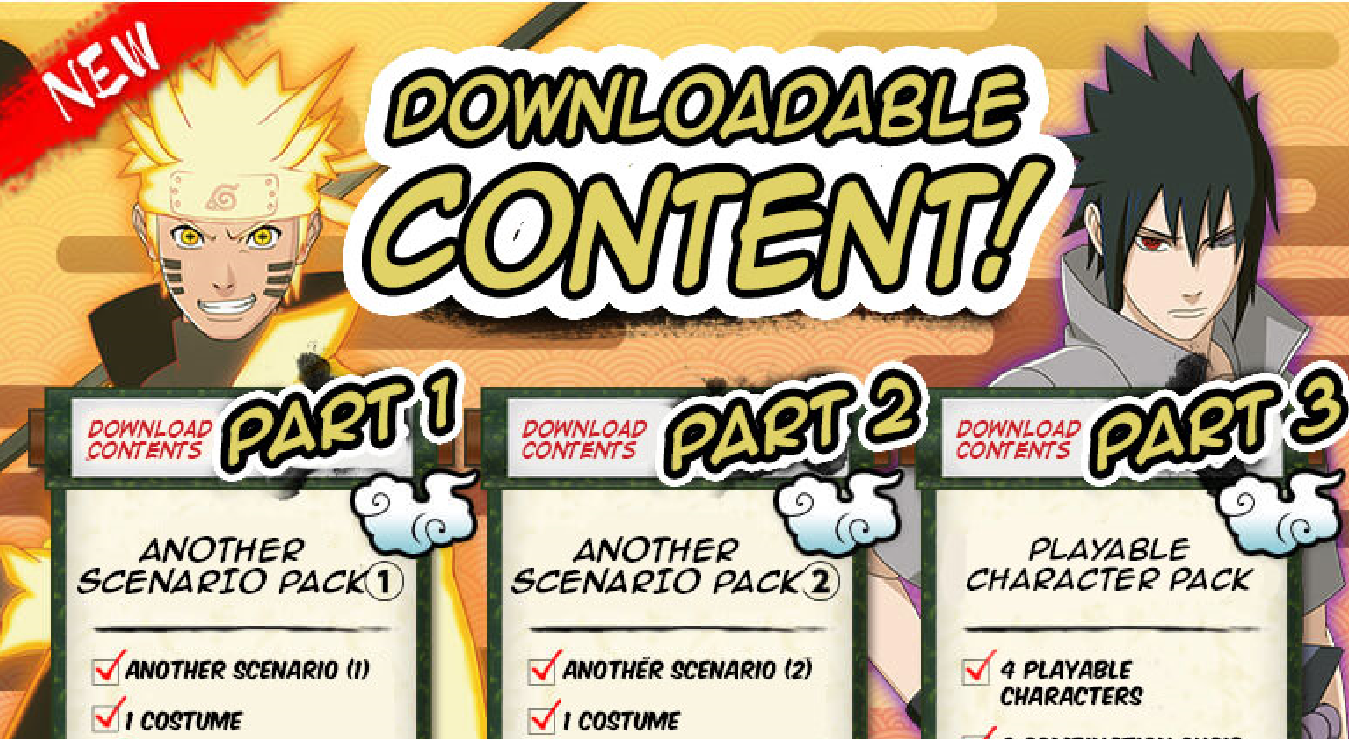 CyberConnect2 has said early on that this game wouldn’t just have costumes when it came to DLC, and it seems like today they’re keeping that promise. Some new details have dropped for Naruto Storm 4’s DLC which will be coming in three separate packs at roughly $5-6 each (In Japan, we aren’t sure if they’re going to cost the same in the US or EU).

Two packs will include “Another Scenario” which could possibly be new Fragment chapters, and the packs also come with 1 costume each, as well as 10 returning costumes from the other games. All three packs come with 3 – 4 new combination ougi’s, and if you buy the season pass or get all 3 packs, you’ll get your hands on an exclusive combination ougi!

The final pack is the “Playable Characters” pack, which will bring four new playable characters. Fans are speculating on who they could be, but that’s pretty hard to do when we still don’t know the full roster. Could the Sound 4 be DLC? Or could another group of infamous ninja possibly be coming to join in on the storm? We won’t know for sometime, but make sure to check back when we get the info.

Keep in mind, that some parts contained in the DLC packs will be available by simply progressing through the game. As for which parts these are still unclear, but by the time the game is in your hands, you’ll know all about the DLC and you’ll be able to make your choice accordingly.