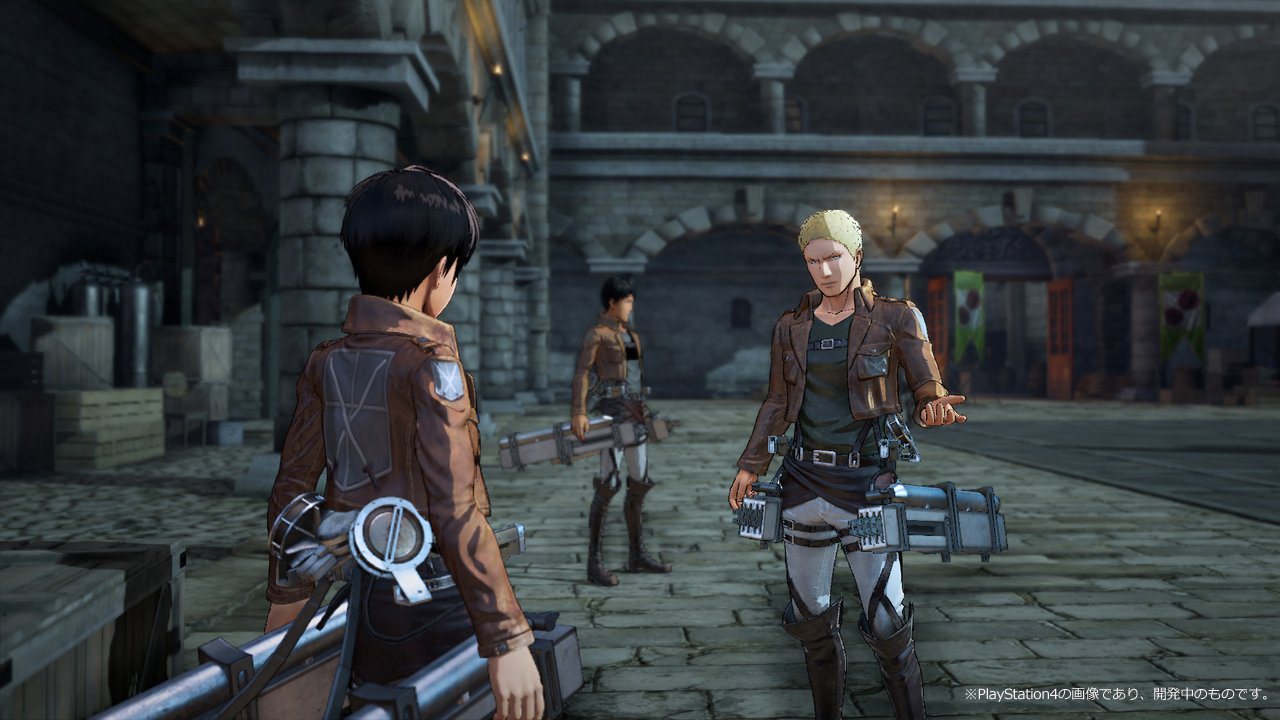 New Attack on Titan Screenshots & Details on the Treasure Pack

Attack on Titan’s PlayStation-exclusive game is certainly something that we’re excited for, and today we’ve got some new information for you guys!

Koei Tecmo (the ones making the game possible) likes to put our “Treasure Boxes” for their games. These Treasure boxes serve as limited/special editions for the game, sort of like how most games have Collectors Editions. Attack on Titan’s Treasure Pack is going to come with the following:

Famitsu also details new information about the 3DMG that lets you swing around freely throughout the inner walls. When you swing around and take on the Titans, you’ll have a gas meter that’ll let you know when you need to refill your gas tubes. You’ll also need to replace your blades since they’ll get less sharp through your interactions with the titans. You’ll be able to switch your equipment, and the game is even going to have weapons that we haven’t seen yet in the anime (and possibly the manga.) Anti-Personnel 3DMG anyone?

Check out the screenshots below, and thanks to Gematsu and Famitsu for the info: