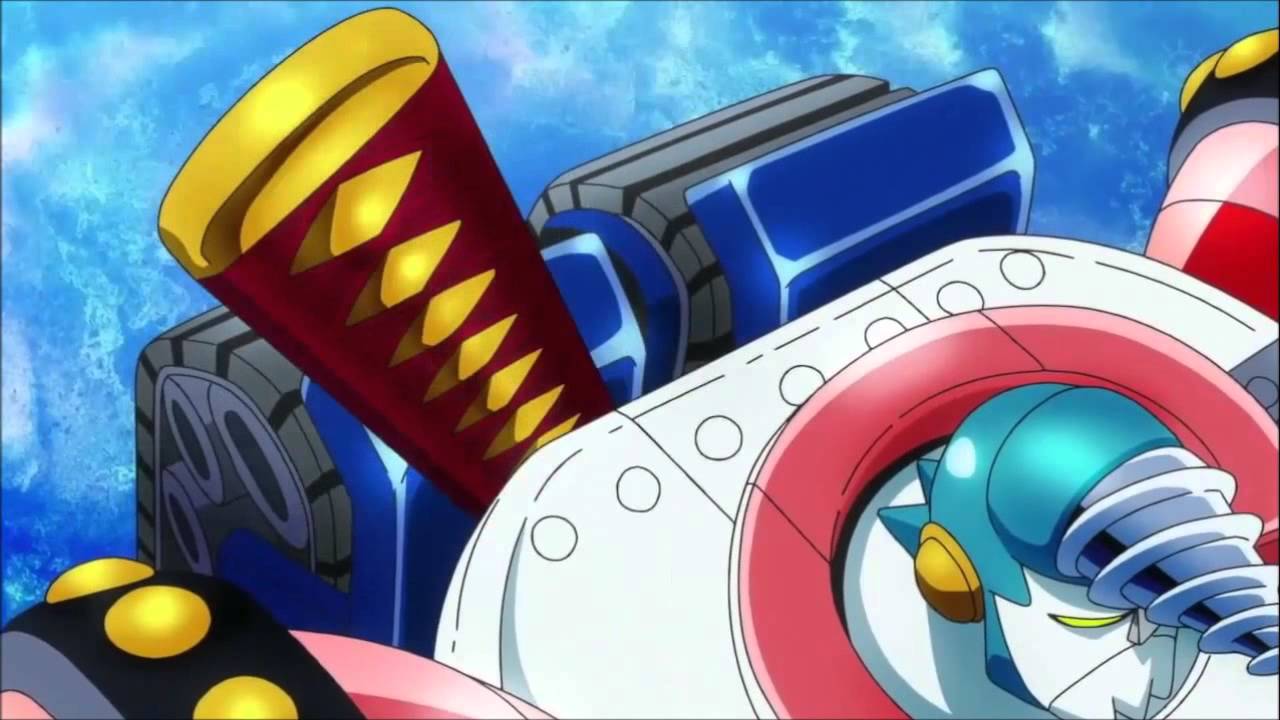 The latest issue of Weekly Shonen Jump has revealed that Franky Shogun as well as X Drake in his Dinosaur form will be playable in the upcoming anime fighting game One Piece Burning Blood. Check out the scan and the translations below:

Dinosaurs vs Shogun
In

The Age of Giants

A complete revival of the ancient beasts, the dinosaurs!

“Red Flag”
X Drake
A member of the Worst Generation, here in his dinosaur form! Fear his unstoppable power!

This battle with shake the very core of the One Piece world!

Iron Pirates
Franky Shogun
Nothing can stand before his sword and laser combo.

A new battle game from the OP Universe!

Katayan: A huge dinosaur taking on the shogun?!?! Is this not the epitome of man?! Two beings of such destructive force going head to head?!

You’re pretty big…but I won’t back down!

Exhibit your absolute power with “General Cannon”!
Control the space between you and your foe with beams and destroy them up close with a bite! Prepare for more intense battles like you’ve never seen!

[credit to Kazu for the scan and darkdenizen for the translation]