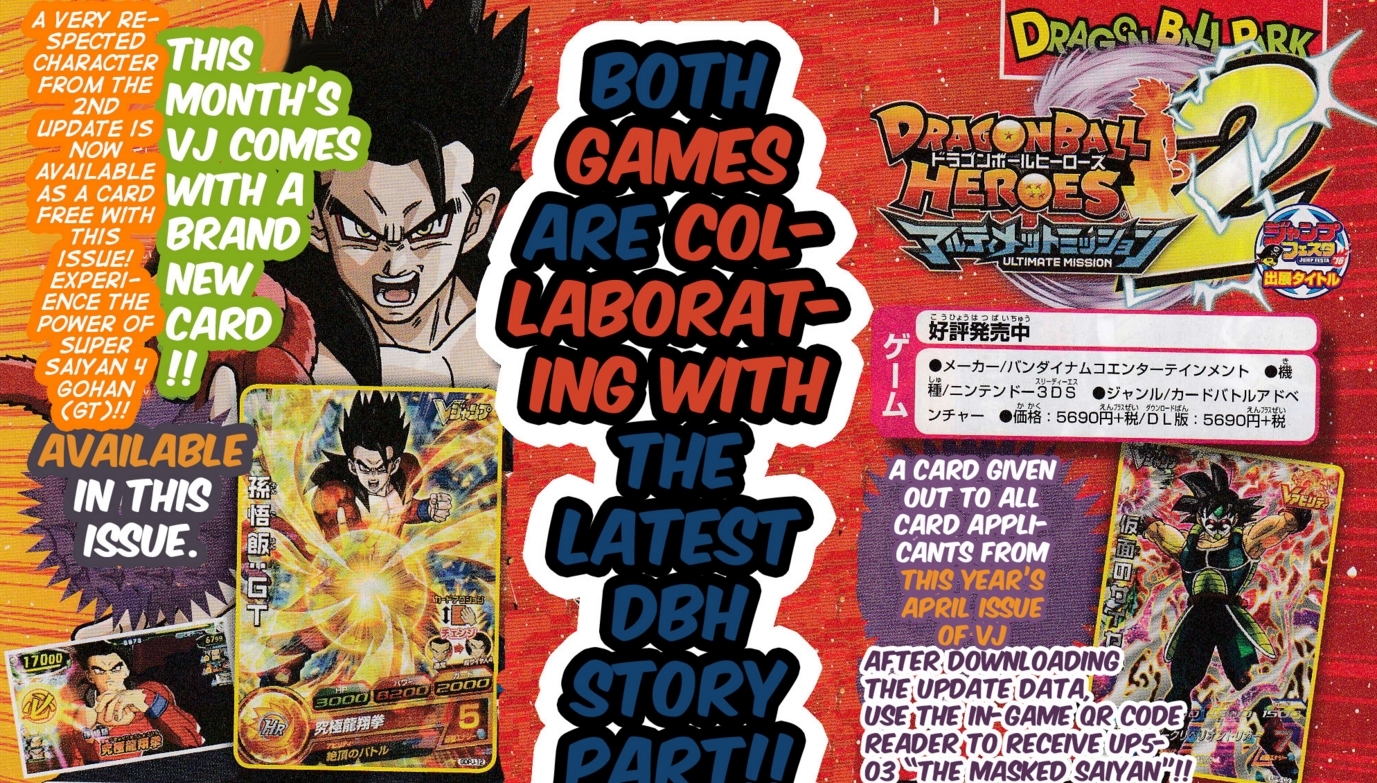 The latest V-Jump comes with a lot of news for Dragon Ball fans! For those who imported Dragon Ball Heroes: Ultimate Mission 2 can update their game now to access the challenge missions to fight against Super Saiyan 4 Broly/Gogeta/Gohan and unlock their cards.

Additonally, Masked Saiyan makes a surprise appearance which you can unlock by simply using the QR code on the scan below. As for Dragon Ball Z: Extreme Butoden, players will soon be able to get their hands on the upcoming Super Saiyan 4 Broly/Gohan Z-Assist, Online and Survival modes probably on or after this years Jump Festa. This is only confirmed for Japan as of now.