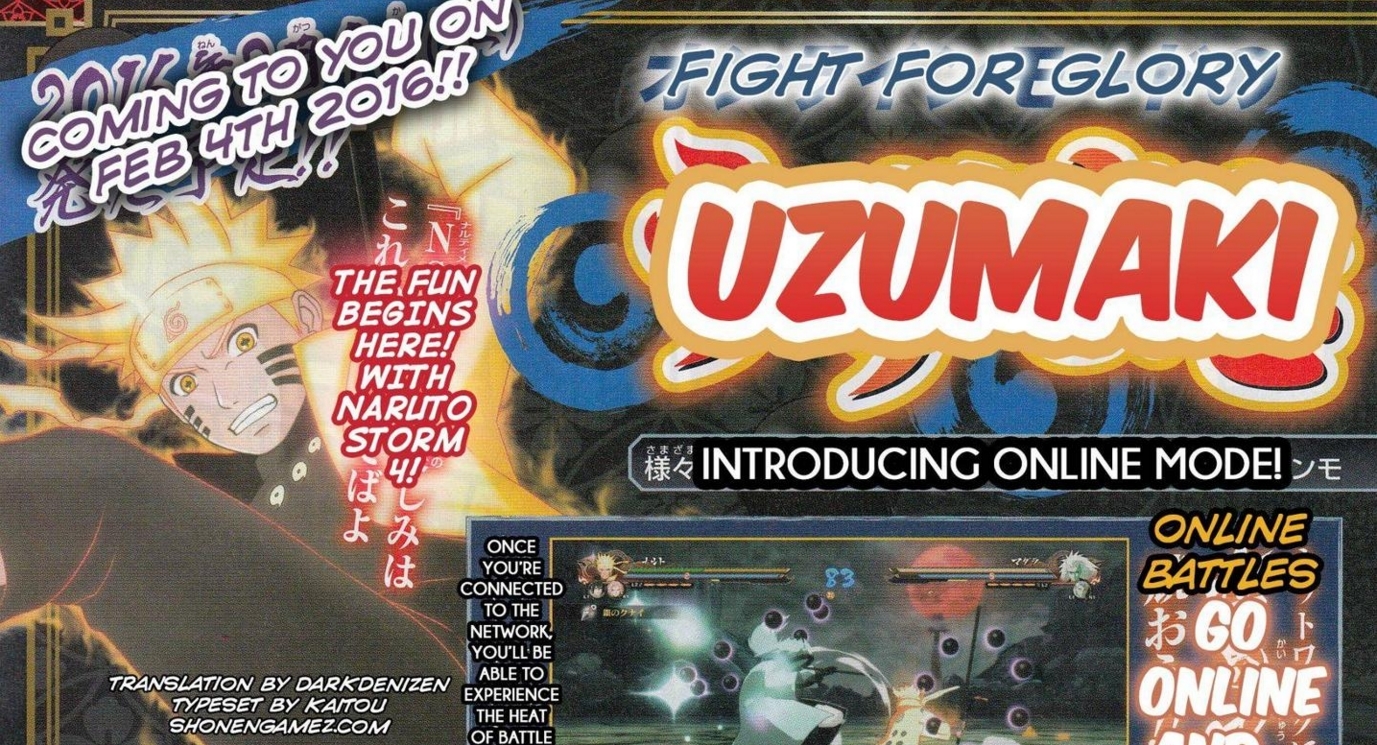 The latest V-Jump magazine is finally out and has a load of content that fans will (hopefully) enjoy to read. The first page gives us some details on the Ninja Treasures which can be obtained when certain requirements are cleared. Players will use these treasures to exchange for items at the shop such as old costumes from the previous Storm games (which is why the Japanese DLC says that some of the content can be unlocked in-game).

The story mode, as well as know will be split into routes and the example the scan gives is Naruto’s route fighting Obito and Sasuke fighting the Hokage to show his power before heading to the battlefield.

The second page of the scan gives us a little bit more information on the Adventure mode and it is confirmed that the mode will take place following the events of the Ninja War! Finally the online mode which has the standard things you’d expect from previous games.

You can check out the scans below: