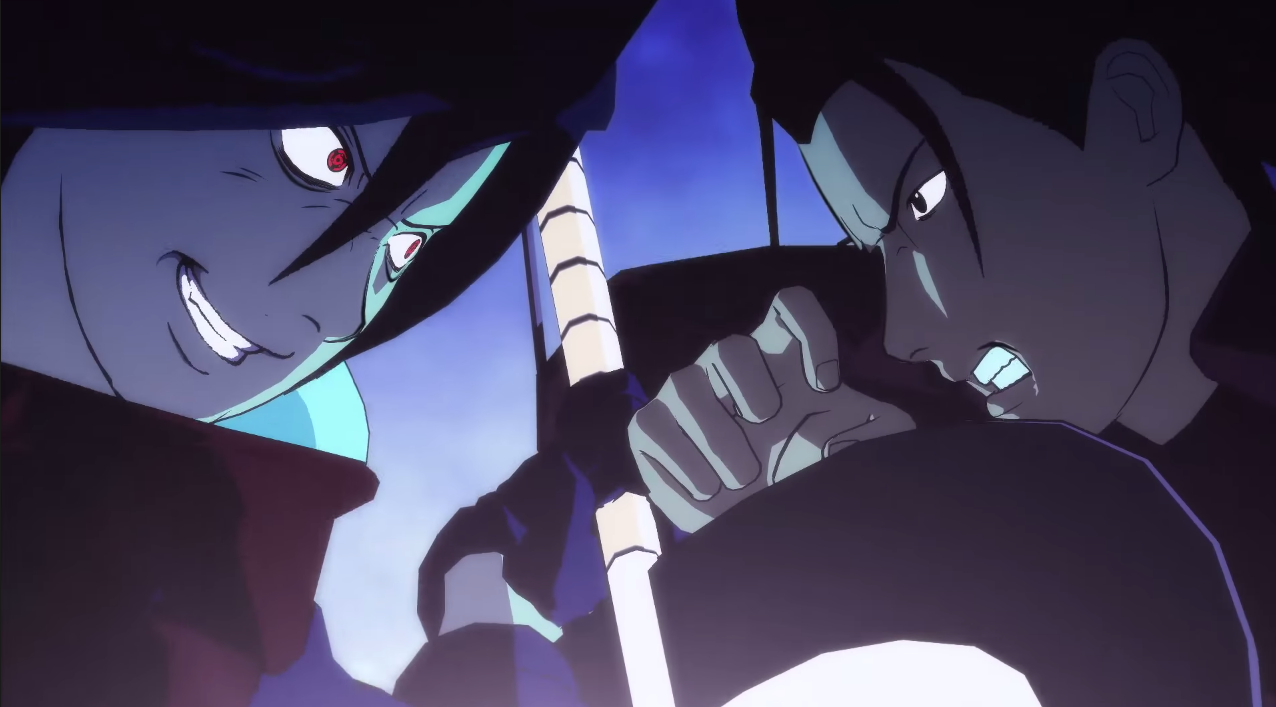 Weekly Shonen Jump is finally here and although at first glance it seems like an old scan; the scan actually reveals that the Naruto Shippuden: Ultimate Ninja Storm 4 demo will be releasing next week. The demo we’ll be getting is the Hashirama vs Madara battle that we saw when the game was first announced.

(right side red in white)
The strongest Uchiha

(white in dark green)
The strongest member of the Uchiha who helped build the leaf village alongside Hashirama. Madara then rebelled against the leaf which began his battle to the death against Hashirama himself!!

(red in white to the left of Madara)
“You’re the only person who could ever keep up with me in battle.”

(yellow in red in a green shock bubble)
Pay great attention to one of the bigger points of the demo: Destructive Stages!!

(left side red in white over Hashirama)
The First Hokage

(white in dark green)
The legendary Ninja and original Hokage that built the Leaf village!! He fought against Madaras attacks to protect the village he loves.

(black)
So you’re saying I get to have an early chance of playing this godly ninja action game…I need to download this asap!!

(right side white in dark green)
By inflicting damage to the stage itself, the battlefield will even begin to change shape!!

(yellow in red over the center screenshot)
The stage is falling apart!!

(white in light green)
This battle will shake the very core of the Ninja world!!

(left side yellow and white in green below the top comment box)
Download the demo right now to experience this full impact boss battle!!

(vertical yellow to the right of the box art)
Within the demo, you will be able to experience the epic battle after the birth of the leaf village!!

(left side red in white above the URL)
Check the Official homepage on how to download the Demo!!

(right side white in dark green with an up arrow)
Hashirama & Madaras ginormous ninjutsu clash against each other!!
The game begins with a battle begin rivals!!

(yellow in black border)
Also within the Story

(bottom right white)
The story moves towards the definitive battle between Naruto and Sasuke!!

Thanks SteelBallJack for the translation.