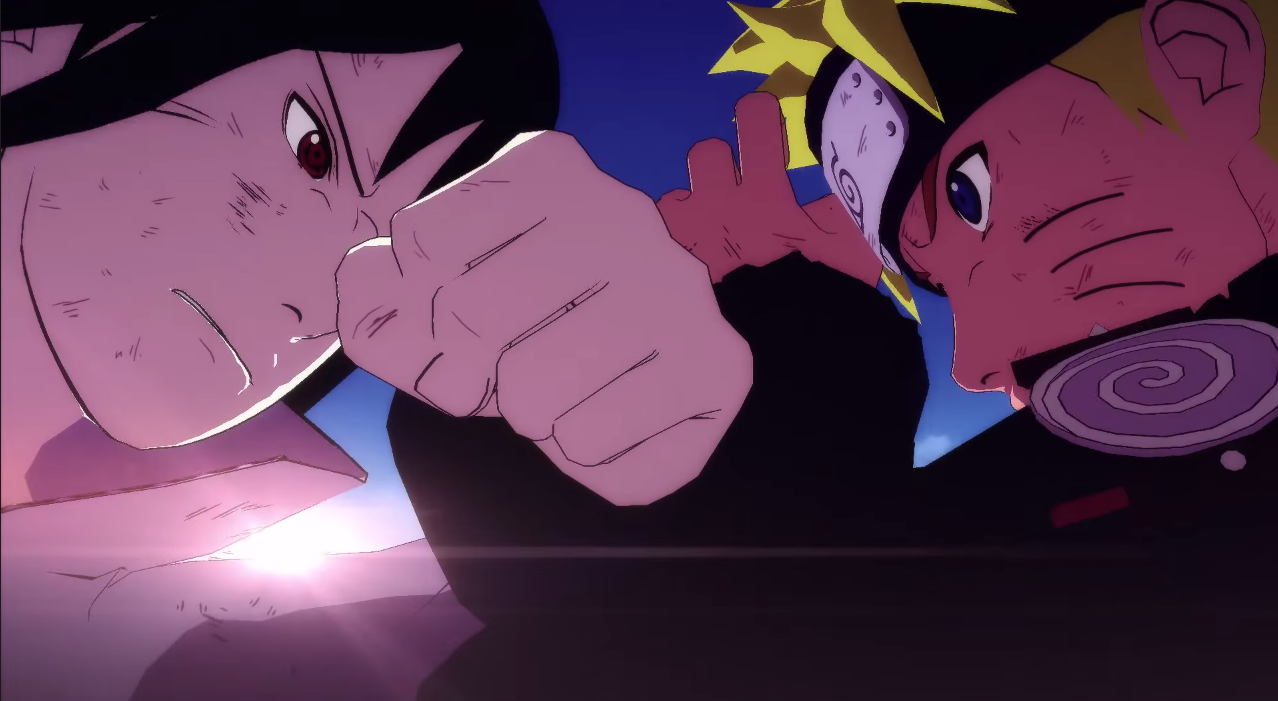 Famitsu did an interview with CyberConnect2’s President Hiroshi Matsuyama and spoke on some rather interesting details on the development of Naruto Shippuden: Ultimate Ninja Storm 4. A few things that were talked about was the original planned release date which was supposed to be in the Summer, why the shift from cross-gen to current-gen only and some difficulties they had while developing the game.

This is probably the first half of the interview translated we’ll get the second half of it soon. Thanks to darkdenizen for the translation.

We don’t want to hear, “the animation is top notch!” or “the performances were incredible”. We want players to enjoy the entire work as a single piece.

–Seeing the game as it is now is really incredible. Does the game in this stage of development reflect the original concept?
Matsuyama: Yeah, development has been ongoing for about two and a half years. Initially we wanted the game to be a multiplatform title between the PS3 and PS4. But there has been such a large push all around the world since the launch of the PS4. As such Bandai Namco made the brave decision to shift completely into the next generation. So for the past year and half we’ve been focusing exclusively on the PS4.

–That must have been a terribly difficult decision for Bandai Namco to make.
Matsuyama: Even from the start, the entire staff agreed that Naruto Ultimate Storm is a title that should match the expectations of Naruto fans the world over. With that in mind we spent months going over how far we could push the series. We began with the Hashirama vs Madara fight on PS3 and after seeing the limits of the hardware we decided that it was time to move on to the PS4.

–It was that persuasive of a result then?
Nakagawa: In terms of quality the gap between the PS3 and 4 was made incredibly clear. We realized that continued development on the PS3 would only decrease the quality of the final product. We believed that with CC2 [Cyberconnect2] we can now make an even greater Storm experience than we thought possible.

–As far as development goes, jumping from the PS3 to the PS4 is quite the leap. How was that to deal with?
Matsuyama: With just a little bit of screaming *laughs*.
Nishikawa: *laughs* We’ve only worked on the previous generation before so scheduling with PS4 development in mind was a difficulty. And we absolutely wanted to make the most of the new hardware – which made it even more difficult to schedule around.

–What was the core idea in developing Storm 4?
Matsuyama: At first I wanted a compilation of the PS3 Storm series but suddenly the PS4 was released and the shift began. Instead of a compilation we wanted to create a jump similar to the Ultimate/Storm transition from early PS3 era. And being that the Naruto story was just about complete, we wanted our game to punctuate that moment.

–What was the biggest difficulty you encountered?
Nishikawa: Definitely graphics. We take great pride in the boss fights and animations that occur during special moves. The resources required to continue that trend increased exponentially.
Matsuyama: Gameplay was also a concern. We were still learning about the PS4 and needed to relearn how far we could push the system while maintaining stability. We also put great consideration into what makes these games fun and channeled that into the Storm 4 experience. We dug deeper and deeper and were shocked at how much the PS4 could handle…though it did make our lives harder *laughs*.
Nishikawa: The beginning truly was rough, not unlike the development for Storm 1 on PS3.

–In terms of release-ability, when did you realize you could really pull this off?
Matsuyama: Honestly? Just this past Spring.
Nishikawa: Yeah, around then. Following the demo released for Jump Festa 2014, I had doubts that we would be able to meet expectations. But starting around Spring, development surpassed my expectations. That was when it hit me.

–Ah, so just on the other side of the fan’s excitement was quite a bit of pain.
Nishikawa: Absolutely. That Jump Festa demo really gave birth to a miracle of a game *laughs*. The stage of development towards the end of 2014 was grim indeed.
Matsuyama: It was definitely touch-and-go for a while there *laughs*. With planning we had to take everything one at a time. One line of code, test, then add and repeat. It made management difficult as we could only focus on one thing at a time and kept other departments on standby. *Laughs*

–At that rate the game would never have been released then?
Matsuyama: That was a possibility with the lack of structure and order we had. But things came together towards the Summer. Originally we wanted a Summer release but it had to be pushed back.

–As a representative of Bandai Namco Entertainment, how was it to see the state of development being what it was?
Nakagawa: The response to the Jump Festa demo was assuring but the work following that didn’t meet expectations. We started holding weekly meetings with the same thread “what can we do differently”.
Matsuyama: On top of those regular meetings, we also had a huge discussion with Bandai Namco during the Summer. We realized that – after regaining our pace – we could release the game in the Fall. But we decided that this should be more than just a regular release; this game is special. We set on a release date and worked towards that.
Nakagawa: But it was still a bit of a rush. Like we said before, we just gained our footing around April. To go from that sense of security to “we need to have a chat” was…yeah *laughs*. We really pushed ourselves to the limit but we’re all looking forward to showing everyone the final version.

–From here on I’d like to hear more about the game itself. What would you consider the game’s biggest selling point?
Matsuyama: There is a lot actually. There is the improved free battle system, story mode, boss battles, cutscenes and so on. We have better 1v1 action, the leader change system and 3v3.

–So it’s exactly what fans have been craving for then? Did you learn something new while working on the PS4?
Matsuyama: During development we learned that the PS4 and CC2 are a great fit for each other. While working in post, we learned that the PS4 allows for film-like cinematics. This included the ability to apply various filters onto the 2D such as a technique called “bleach bypassing” which gives the look of manga come to life – much like the anime. We’ve since fallen in love with the PS4.

–From the player’s perspective this brings a more immersive experience, right?
Matsuyama: Storm 4 offers a seamless transition between cutscenes and gameplay. It’s truly amazing to experience.